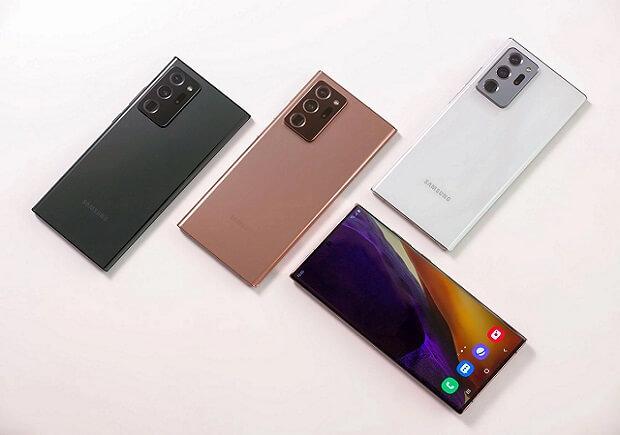 South Korean smartphone manufacturer and technology giant Samsung has officially launched its new series of Galaxy Note20 Ultra phablets. Having launched the its latest mobile series in partnership with Microsoft, the Galaxy Note20 range of phablets is not only stylus-equipped and gaming-ready, but also Xbox gaming-compatible.

The new series is more than just a PC-powered smartphone, which appears to be exactly what the tech giant seems to be gunning for. Not only is it Xbox-empowered, but it also features Samsung’s S Pen stylus, a superbly popular piece of equipment among Samsung users, fingerprint scanners, and upgraded cameras.

The series consists of the smaller (and cheaper) Note20, and the bigger Note20 Ultra 5G.

The Note20 (the smaller of the two devices) is available in 4G as well as 5G. Featuring a 6.7” Full HD+ screen, with an impressive refresh-rate of 60Hz, and a triple camera complete with 3x hybrid optical zoom capacity, the US$1,113 price tag is more than fair.

But it is the bigger, slightly more expensive Note20 Ultra 5G device, that undoubtedly steals the new-release show. At a starting price of around US$1,545, users get to enjoy a significantly larger 6.9” WQHD+ AMOLED display, complete with a refresh rate of up to an incredible 120Hz, a triple camera system with 5x optical zoom capacity boosted even further with Samsung’s proprietary 50x “Space Zoom” technology.

All of the above is obviously even more attractive thanks to the built in Xbox game streaming support – which basically allows users to play full Xbox games on their smartphone – with the help of an optional Xbox controller, of course.

Out With The Old

In addition to the new Note20 series of smart devices, the tech giant also released two new tablets – both equipped with S-Pen Stylus technology, and both running on Android (obviously). They are the Galaxy Tab S7, and the Galaxy Tab S7+ - featuring 11” and 12.4” screens, respectively.

Samsung really did go all out with recent new releases as it also launched an all-new version of its true wireless earbuds. Now upgraded in such a way that each the bud fits inside of the ear instead of protruding from it, the already popular earbuds are bound to experience even more traction with users.

Looking for the BEST mobile games? Canada’s casinos have them ALL!