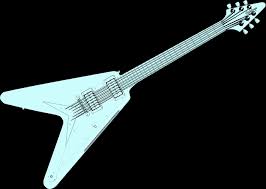 You don’t have to shoot any bad guys, solve any riddles, or travel to strange and wondrous places to have a good time playing video games. Sometimes, all you want to do is rock.

And thanks to the Rock Band franchise, which has been creating new and improved versions of its core product since 2009, you have everything you need to rock out to your favorite rock tunes. You can play Rock Band 4 alone or with friends in a group. The October release adds even more songs to the existing catalogue that has already reached some 2000 favorites.

Rock Band 4 is not your typical video game, if you consider games like Call of Duty and Street Fighter to be typical. And it’s not a blockbuster release tied to a major movie franchise, like Star Wars: Battlefront or Batman: Arkham Knight. In fact, it’s not even available in a PC version, but rather limited exclusively to XBox and Playstation because if licensing rights to the songs that make up the heart and soul of the game.

But Rock Band 4 does provide an experience unlike virtually any other game on the market. Instead of simulating a new world, Rock Band lets you live out a dream – the ubiquitous dream of rock stardom.

It’s All About Playing the Songs

At its most basic level, Rock Star 4 is a game where you score points by playing the song correctly. The notes of the songs move through the screen and your job is to hit the notes on the instruments that come with the games. The more notes you hit correctly in succession the higher your score. There are also specially marked note patterns on the screen that offer bonus points if you hit them correctly in the proper time.

You can play lead guitar, bass, drums, or vocals. The game also rewards creative “freestyle” vocals that enhance the songs being played. It takes a little bit of time getting used to the instruments and finding the notes quick enough to play them in time with the actual song.

To make it possible to form a band, the game comes bundled with a guitar, bass, wireless drum, and a microphone for the vocals. There are also options for purchasing more advanced instruments that give you more control of the sound. And if that was good enough for the Beatles, it’s good enough for any budding rock star on the planet.

Just like learning the instruments takes a little bit of practice, so does learning the scoring system. But once it’s internalized, it reveals an inner logic that helps you raise the level of your performance by going with the system of rewards it presents.

Take Your Band on Tour

In addition to the basic game, you can also play the Rock Star 4 in career mode, which consists of a narrative of a touring band, which is really you and your friends. The band starts its career playing small rooms to a handful of fans. But as the band gets tighter and your scores grow higher, the band begins to find bigger and better opportunities.

These become another level of game play as you have to decide which gigs are best for the career of the band. Do you take the bigger paycheck to play in more remote areas or do you push for gigs that will increase the popularity of the band for the long term. The game measures how many fans the band will be able to attract in a given locale. and how much money it earns for its performances. How much of that money will you use to customize the band’s stage performance, costumes, and gear?

But even in career mode, the heart and soul of Rock Star 4 is the concert and the need to perform the songs effectively. You can play mini-tours consisting of several concerts. After the show, the band receives an evaluation of its performance that takes into account the quality of the songs as well as the band’s presence on the stage. The game allows your band to choose the songs you play, but also gives you points for taking requests from fans, which may not be the songs you know best.

It adds up to a satisfying, if brief, career as a rock star traveling the globe to play to adoring fans. Because, as we all know, sometimes, you just want to rock.