Not to be confused with the 1980’s television series starring Michael Praed and Jason Connery, Robin of Sherwood is a brand new and totally unique online slot created by Microgaming and its partner studio Rabcat.

The recently released game boasts an exciting cartoon depiction of the classic legend of old, which revolves around the hooded bandit Robin and his band of merry men as they steal from the rich and give to the poor.

At first glance, the new slot boasts 5 reels and 243 ways to win, along with a minimum bet of 0.20 and a maximum stake of 40.00. The maximum jackpot available for the highest punters is 200.00 in a single spin, which can be supplemented by some impressive wins in the free spins round and bonus game.

Play to Win on Desktop and Mobile

Volatility in Robin of Sherwood is set at medium, meaning that you can expect a healthy mix of both smaller, regular wins and larger, less expected payouts when playing for real money. The title is also optimized for both desktop and mobile devices, including smartphones and tablets running on Android, iOS and Windows.

Presentation-wise, the new title does great justice to the story behind its name, thanks to Rabcat’s modern graphics and a gentle but exciting soundtrack. Even the characters on the reels are easy to recognize, ranging from Robin Hood himself to his merry men, Friar Tuck, Little John, Maid Marian, and a few other familiar faces as well.

A bonus feature to watch out for will be the Wild Turning feature – a new addition that will trigger at random during any base game spin. Once this has occurred, Robin will select one or more reels to fire arrows at, which will transform any lower A, K, Q or J symbols Wild and respin for even bigger wins. 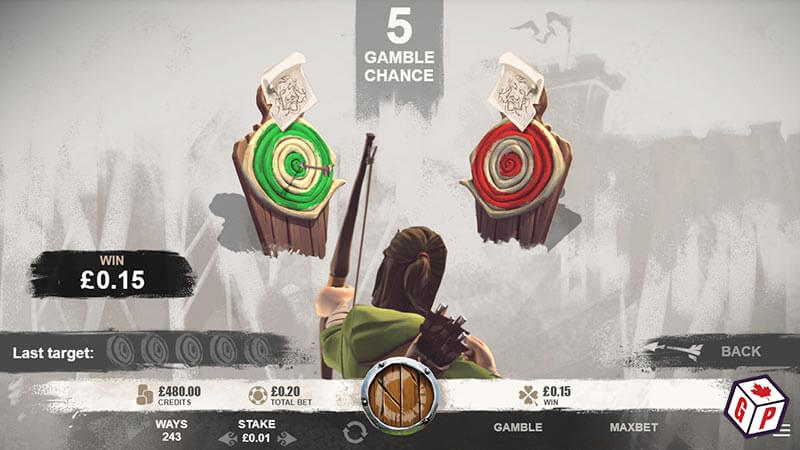 There is also a standard wild symbol present, which is presented as three crossed arrows. Land five of these icons across the reels to trigger the maximum Robin of Sherwood jackpot, or land them as part of a matching symbol combo to add even more wins to your bankroll.

Next up on the bonus feature roll is a classic free spins game, which can be triggered by landing three or more of the game’s archery target scatter icons. This will award you 10 free spins, and on every second spin, the Royal Clearing Feature will also come into play, allowing Robin to remove lower-paying symbols from the reels and leave you with only the most lucrative icons remaining.

In essence, Robin of Sherwood has been hailed as one of Microgaming’s best new slots to be released so far this year. With a widely appealing theme and plenty of bonus features to pack in the fun, Canadian players can expect a wild ride and plenty of legendary action at all licensed Microgaming casinos. 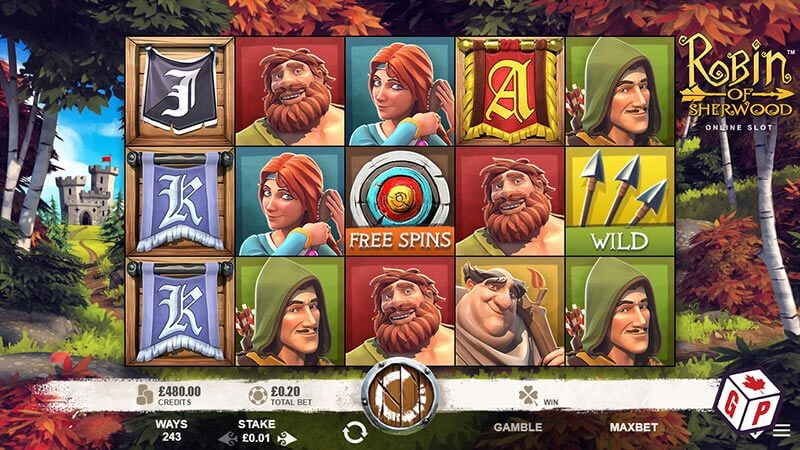 Play Robin of Sherwood at All Slots