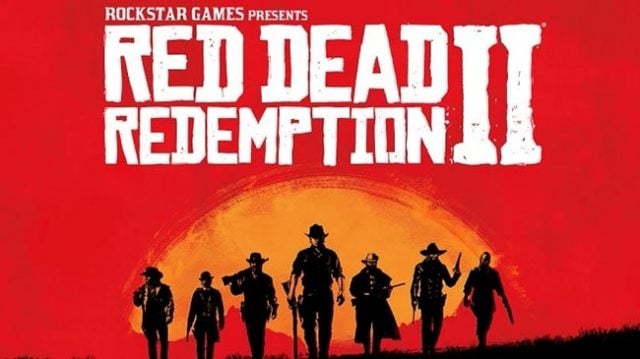 Poker players with a passion for video games (or vice versa) will be thrilled to discover that Rockstar Games’ latest upcoming release, Red Dead Redemption II, will offer players a ride back to the Old West with some truly traditional poker fun.

RDR2 is set to offer a unique take on video gaming, focusing on the settling and taming of the Western mining territories. According to the game’s trailer, its developer has created a living world that is not only open, but also exceptionally deep. Interactivity and detail will be at an all-time high in the release, pairing action-packed game play with exceptional storytelling in interesting new ways.

The game is set in 1899, with outlaws and cowboys travelling across the west on horseback and enduring shoot outs, saloon standoffs, and uniquely challenging locations, from deserts to woodlands and everything in between. Gamers will take on the role of outlaw Arthur Morgan, who’s on the run from the law and must eternally devise new ways to obtain money and stay out of the way of local sheriffs.

In this sequel to the original classic, players will come to know various regular characters, and must constantly engage with the open world around them to stay alive. Enemies and friends can be made according to your own unique choices, each of which has consequences that carry through in the game-play, and a wide range of foes and predators must be fended off in the game’s varied ecosystem.

The title’s impressive graphics set the scene for some truly realistic 19th century Western action, including the themes of gambling and poker. While outlaws lie in wait in their camps, assessing their next moves, players can enjoy some classic Texas Hold’em rounds against their fellow virtual buccaneers. 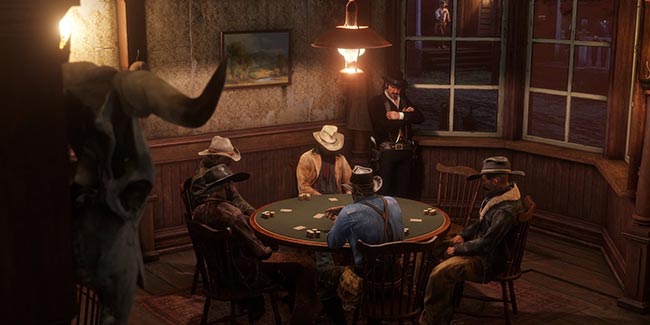 The poker scenes themselves are highly realistic and reminiscent of Old West gambling, just like the rest of the game. Rough-looking outlaws in cowboy garb sit around a scuffed wooden table playing for prize pots of a couple of dollars – which were truly high stakes at the time. The gambling facet has carried over from the original Red Dead Redemption, which also featured both Blackjack and Texas Hold’em.

The first game even allowed players to play poker online with up to eight of their fellow gamers. Their winnings allowed them to purchase items within the game’s world, and due to high demand, Rockstar even released a Liars and Cheats expansion pack that further expanded the game’s gambling-related options.

According to RockStar’s website, one of its fans’ most-requested features is also Red Dead Redemption Multiplayer, in which 2-6 players can compete in a variety of different locations with a $200 daily gambling allowance. Interestingly, RDR2 is not the only video game to feature poker: Grand Theft Auto San Andreas, The Sims 3, Far Cry 3 and Watch Dogs have also featured the iconic game.