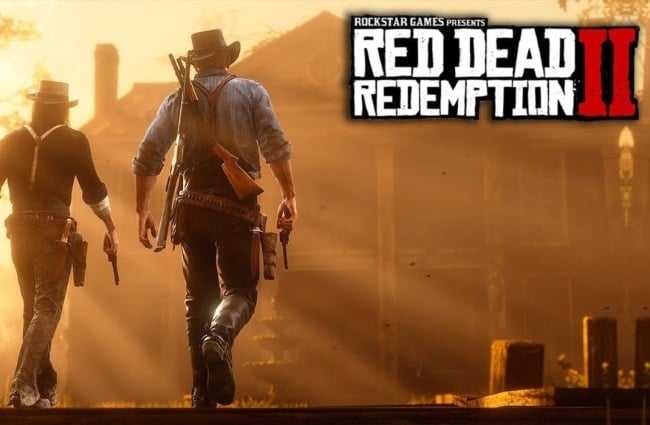 Red Dead Redemption 2 now has a Hot Coffee minigame of its own but Take Two Interactive and Rockstar are having none of it. Explanation: the coffee isn’t really coffee and Take Two and Rockstar aren’t the ones responsible for having worked the sex scene between Lenny and the prostitute (in the bar) into the content. Also, uploading mods that include content of a sexual or possibly offensive nature supposedly breaches the Rockstar-developed game’s End User Licence Agreement (EULA).

When a Hot Coffee minigame suddenly made its appearance in Grand Theft Auto: San Andreas back in 2005, it was all the rage. Sex and video games didn’t typically go together; except maybe for Al Lowe’s adult-themed Leisure Suit Larry (1987), but that’s a story for another day altogether. Hot Coffee was an inaccessible snippet of sexual scenery involving a hot coffee date between the main character of the game and his girlfriend. Only, “hot coffee” was code for “sex”, with “code” being the operative word here in more ways than one.

Rockstar Promptly Patched It Up

The scene involved a bit of romping in the hay and was imbedded in the game’s code and had to be dug out of the code for the viewing. But shortly after modders had unearthed the hidden asset, the game was promptly classified as containing adult content and re-rated “Adults Only”. This left Rockstar with no other option but to release a patch that completely removed the minigame from the code.

Skip a few years forward and what we now have is something similar to the 2005 mod. The only difference is that this time round, it wasn’t a thing of hidden assets having to be dug deep for in the wild code crevasses of a video game. The additional bit of bedroom rodeo is the handiwork of an outside modder who goes by the alias of Unlosing. And since Unlosing has refused to remove the raunchy bit of content from the RDR2-ether, Rockstar and Take Two were eventually left with no other choice but to entrust the matter to New York firm of attorneys Frankfurt Kurnit.

As for Unlosing’s reasons for refusing to delete the mod, the main reason appears to be that of the modder not having used anything not already embedded into the original code. The animations and audio used for the latest Hot Coffee date to have hit the gaming world are all already used in the game. Nothing new was added on.

The mod is for the moment still available for download on NexusMods but anyone curious about what all the hoo-ha is all about will have to jump to it as its probably only a matter of time before Unlosing’s mod meets its undoing.