Rainbow Six: Siege is Much More Than a Shooting Game 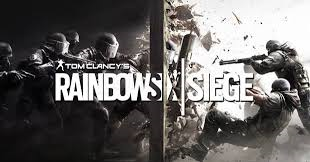 Some shooting games are really just elaborate set-ups for essentially simple missions that come down to aiming at and shooting a target. The better you get at controlling the guns and the their aiming mechanisms, the better you score in the games. And there is certainly a great deal of fun in that. Shooting games have been around since the very beginning of video games, and the appeal is obvious. But some games, most notably Rainbow Six: Siege, take the shooting concept to the next level. Instead of simply aim and shoot, Rainbow Six is a game of strategy and teamwork that incorporates a great deal of shooting, along with a wealth of other skills.

Rainbow Six is puts you on a team of highly trained commandos who are given tasks such as rescuing a hostage or diffusing a live bomb. The setup is of a five person team that competes with other five person teams. There are about 20 player-personas to choose from, each with a different type of skill set, gear, and attitude. It takes some time to work out which specialties you like best, and your best bet is to try out a wide range before settling on a favorite. And even then, a variety of styles can make the missions more interesting every time you play.

“TheRainbow Sixgames have always been the thinking man's counterpart to that revered multiplayer shooter, and Siegeis no exception,” writes Ben Silverman in Yahoo Games, perfectly capturing the game’s genre and how it goes beyond it.

Teamwork at the Heart of the Game

Like many multiplayer games, it’s possible to enjoy Rainbow Six: Siege as a single player. But the game truly comes alive when you add levels of teamwork to the missions. The ability to radio through to other players to alert them of danger you’re seeing through your perspective, the need to rely on other players for your own safety, and the opportunity to take on tasks that would be impossible for any individual member of the team to do on his or her own go a long way towards making the missions more credible and lifelike.

And once the team is in place and each member understands the mission, the quality of Rainbow Six really starts to shine through. There is no shortage of opportunities to alter the environment – like knocking own a wall or bringing down a whole building – to suit the needs of the mission. There is ample equipment, and whatever the team needs to do, there is almost certainly a character that is trained for that sort of work. Plus, the action moves quickly because there is danger at every step, with attackers jumping out of unexpected places and booby-traps ready to spring if you’re not thorough with your commando maneuvers.

Not Enough Story for the Action

At first glance, Rainbow Six: Siege seems to lack one essential element that has become ubiquitous in large-scale video games of its type. It has little story to link up the action, especially in the 10 situations designed for single players offline. There is a thin master frame that appears in between the action sequences, though it does little to link the situations. But after some time, the story element emerges on its own through your own imagination as powerfully as it might through a narrative that is imposed on the action. The lack of story also makes it easier to imagine the action taking place in a real hostage situation or bomb threat. There is no need for a meta-narrative tying together the different scenes, as though in a movie.

And yet, the movie fantasy is just that sort of thrill that you get from the Rainbow Six series. It comes not from the story but from the depth of the action, the challenge of the situations, and the need for teamwork and quick decisions. If you’ve ever watched an action film and felt you could do a better job than the characters themselves, you’ll get a lot of satisfaction from Rainbow Six: Siege. And you can always try again if you don’t perform as well as you’d like. That’s the beauty of video games. They make it feel real, but it’s still all happening in the world of fantasy.