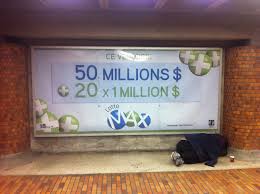 For over a year members of Quebec’s parliament have been debating proposed legislation that would force local servers to block unauthorized online gambling sites. Now, the legislation has become law and a legal fight is looming, pitting the provincial government against local internet service providers (ISP) and free Internet advocates.

On May 17, Bill 74 was approved by the Quebec legislature. The bill authorizes the ministry of finance to order ISPs to IP-block any online gambling site that competes with EspaceJeux, the site run by provincial Loto Quebec gambling corporation.

At this point Loto Quebec is responsible for drawing up the list of freemarket sites that are to be blocked. ISPs that are unable or unwilling to enforce this blacklist risk fines of up to $100k per incident. The ISPs are expected to underwrite the cost of blocking the sites which, they object, will be significant.

Bill 74 is also called the Consumer Protection Act. Responsibility for monitoring compliance is given to Société des loteries du Québec. The Société reports to the Régie des alcools, des courses et des jeux regarding service providers who fail to comply with the Act. The Régie  then informs the servers that they have failed to comply with the law and can investigate the issues when needed.

Internet watchdogs and ISPs have been objecting for over a year about the law which, the Finance Minister, said was necessary to help control problem gambling and gamblers with addictive behaviors. Finance Minister Carlos Leitao said that Quebec will avoid constitutional challenges since the law is an issue regarding “public health.” Through the law the province will be able to ensure that only Loto-Quebec, which has the tools to protect the provincé’s problem gamblers from self-abuse, operates lotteries and other gambling concerns in Quebec.

Groups that are objecting to the new law say that such censorship has no precedent in Canada. They also point out that issues involving telecommunications fall under federal jurisdiction, not provincial.

The Federal government’s House of Commons reviewed Bill 74 in April. Minister of Canadian Heritagé Mélanie Joly acted as spokesperson for the ruling Liberal party, saying that the Liberals believe in net neutrality. She said that the Liberals plan to have ongoing discussions with Quebec officials to clarify how Bill 74 will affect Freedom of Speech. Now that the bill has been passed the discussions are likely to move to a court of law.

The Loto-Quebec blacklist is expected to exempt sites owned by Montreal-based Amaya Gaming which has partnered with Loto-Quebec over the years in B2B projects. To skirt the prohibition on freemarket sites, Leitao endorsed a report that said that Loto Quebec should license a select group of private online operators, such as Amaya Gaming. Leitao has not responded to objections that Bill 74, and the subsequent licensing of select private operators, is an attempt to serve select private interests.

Leitao is objecting to the fact that, for many years, freemarket casinos have been operating in Quebec where they draw a significant percentage of the gambling market from Loto Quebec.

It’s not surprising that Quebec residents prefer to play at freemarket casinos. Many players find that Loto Quebec is too commercial and too overwhelming. Lottery winners are required to publicize their wins and participate in public ceremonies where their privacy is deemed to e unimportant. Loto Quebec takes a high percentage of the revenues from the casino as operating expenses and as part of their mandated obligation to give back to the community. The games selection is limited and mobile gaming is not available.