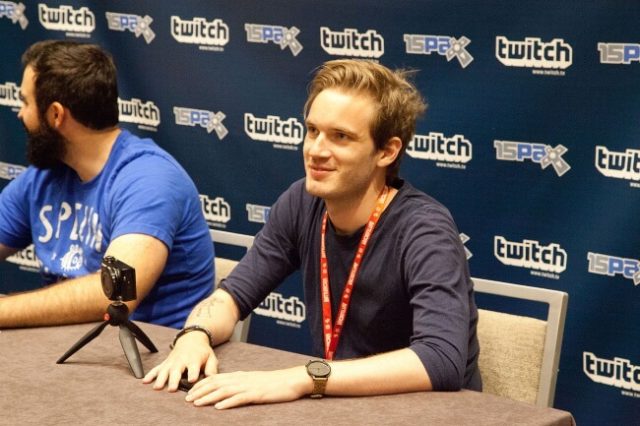 YouTube celebrity PewDiePie has just become the very first individual creator to pass the 100 million-subscriber mark on the popular platform. But Felix “PewDiePie” Kjellberg, despite having practically shaped what happens on the platform, a stunt that has led to book deals, talk show appearances and various profitable sponsorships, has faced his fair share of public black-wash and controversy as a result of his former anti-Semitic and outright racist stunts.

Even so, his support base has practically exploded since last year August. At the time, he enjoyed a following base numbering 65 million in total. The other 25 million hopped onto the wagon after it was announced that PewDiePie was attempting to beat Indian music label T-Series in a YouTube numbers race. But it wasn’t all smooth going ether. The race incited a bout of racial incidents and slurs from the corner of PewDiePie’s subscriber base. So much so that some of what was flung cross-channel was referenced during a mass shooting.

The Feeling Is “Unreal”

Even though PewDiePie was eventually beat to the numbers post by T-Series, he remains the individual with the most followers in the individual-owned channel category. PewDiePie’s forte used to involve revolutionising online gaming and streaming on the platform, but these days he tends to focus more on social commentary in the manner of memes, commenting on the video’s and opinions of others and YouTube culture in general.

PewDiePie has described the special achievement as something that feels “unreal”. Even so, he said that he was exceptionally grateful at having hit the unique milestone. He also proceeded to thank his subscribers for their patronage and support and said that he can hardly believe the fate that appears to have befallen him and that he never in his wildest dreams would have considered such a thing to even be possible, having always been referred to as the “weird kid” whilst still at school.

No More Controversy For Him

The YouTube celeb also again apologised for his casual approach towards racism and anti-Semitism over the years and appeared to put it all down to the folly of youth. Kjellberg has had to face up to major global criticism on more than one occasion for his publicly expressed controversial opinions on many a racially sensitive subject.

But he appears to have left the controversy in the past for the most part and now wants to focus on the future and on celebrating his unique and special social media milestone.

Are YOU ready to strike it RICH? Play casino games ONLINE and hit the jackpot!