Peter Scudamore Gets His Own NetEnt Slot 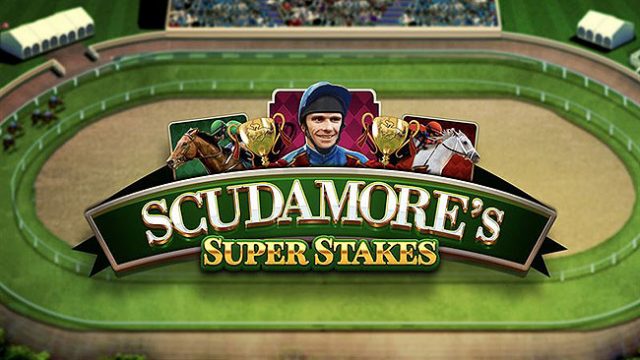 iGaming software developers have long been partnering with commercial brands and icons to keep their online slots fresh, fun and interesting. This long-time trend has led to a long line of games being released based on various entertainment licensed, bringing players’ favourite TV series, movies, comic books, musicians and more to life with stunning, high definition visuals and game mechanics.

Although it is extremely popular, sport is one of these sectors that has been explored somewhat less in the slot machine world, presumably because it has the entire sports betting industry dedicated to it as well. However, NetEnt is now aiming to remedy this lack of sports-themed video slots by releasing a horse racing title in exclusive partnership with iconic jockey Peter Scudamore.

During his 15 year career, Scudamore has rode more than 1,600 winning horses and taken home far too many trophies to count. Experts have deemed him to be one of the most successful (and well-known) jockeys to ever have participated in the sport, making him the perfect subject for an action-packed racing game with big wins to claim.

NetEnt has decided to use his expertise as a trainer by convincing him to leave retirement to appear in his very own slot machine: Scudamore’s Super Stakes. As it stands at the moment, the only facts that are known about the title is that it will be released at NetEnt online and mobile casinos sometime during the 2018/19 National Hunt Season.

The Swedish iGaming developer made the announcement through its spokesman Bryan Upton, who works for the company’s game products division. Upton has revealed that Scudamore’s Super Stakes will come as the company’s first-ever time developing a sports themed game in partnership with a real sporting personality – and a big one, at that!

Over the past few years, the famed developer has churned out countless smash hit games based on just as many legendary entertainment franchises. NetEnt players have all been able to enjoy titles like Guns N’ Roses, Motörhead, Jimi Hendrix, Jumanji, and Planet of the Apes as a result, and there are plenty more thrilling titles in the works for the near future now, too.

Along with Scudamore’s Super Stakes, some of the company’s other pending releases to keep an eye out for include TV series-inspired titles like Narcos and Vikings in early 2019.