Under the leadership of its Sales Director (SD), Magnus Olsson, Swedish gaming specialist Play ‘n GO will soon begin to implement a new strategic transition. Olsson is set to use his many years of experience to guide the brand through this transition, which is set to involve both its Account and Sales Management divisions.

According to a statement from the company, the goal of these changes is to strengthen the performance of the aforementioned sectors. This will assist Play ‘n GO in moving its operations forward into a new era, while still maintaining the prestigious reputation that it has built for itself over the years.

Olsson has brought massive amounts of expertise to Play ‘n GO, having formerly worked for a number of large-scale tech companies over the past two decades – including the likes of Hewlett Packard and Juniper Networks. The director’s extensive knowledge of sales paired with his strong customer relations skills will bring the company an essential boost, helping to further its success even more.

Explaining his role in the massive multinational company, Olsson noted that he is thrilled to have been tasked with moving Play ‘n GO into the current era.

He dubbed the company as one that is growing at a rapid rate, and is looking forward to helping to drive continuous growth and success for it.

The brand’s new direction will require Olsson to focus his knowledge of sales and account management within a single sphere. The company’s restructuring plans are just one of the many steps in its aim to focus itself on maximizing the output of its customer-facing departments, not to mention streamlining sales across the globe for a more polished, professional touch.

Experience the rush of winning when you play at JackpotCity Casino

Company CEO Johan Tornqvist has also commented on the developments, expressing that he is equally thrilled in his choice to allow Olsson to lead his firm in a new, more productive direction. According to the executive’s statement on the matter, Olsson has already brought masses of experience to the company thanks to his successful career in iGaming, and has already shown the qualities he was looking for to move forward with the transition.

Tornqvist added that this is an incredibly exciting time for his company, and that he is delighted to be moving its operations ahead with Olsson there to guide the process. Needless to say, players and operators across the globe can expect big things from Play ‘n GO in the near future, including more customized turnkey solutions and a better range of games than ever before… 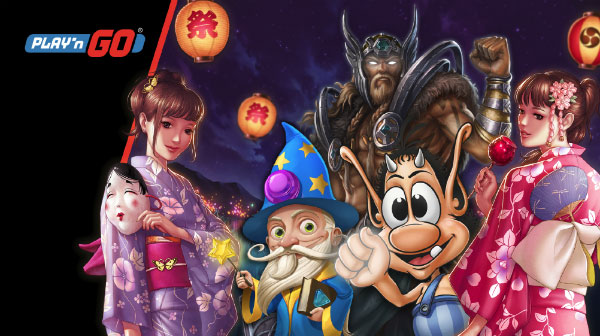