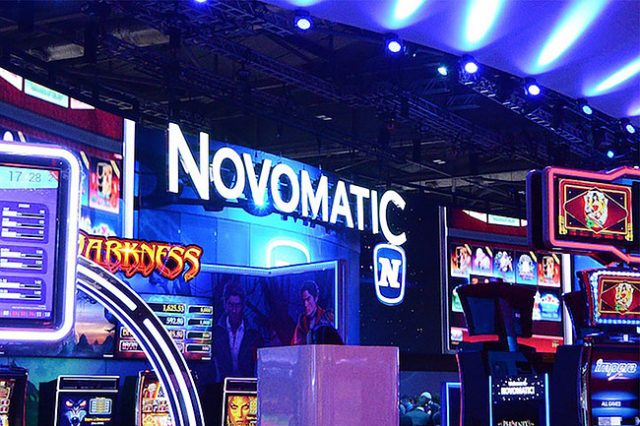 An anonymous slots player recently made headlines across the world when they filed a lawsuit against Austrian gambling giant Novomatic. Following the scandal, the company was ordered to pay the plaintiff a hefty €2.5 million in compensation, with the court ruling that the gambler’s slots addiction rendered all of his bets invalid.

The company now has to repay all of the money the punter wagered on its gambling machines, plus interest. In the October 22 ruling, the court discovered that the punter was influenced by addiction while he was playing real money games manufactured by Novomatic. According to the plaintiff – an unidentified man hailing from Austria – he lost just over €2 million on the firm’s slot machines over the course of a decade.

From 2002 up until 2012, the punter wagered on terminals in Vienna, spending the aforementioned millions due to gambling addiction issues. According to Austrian media outlets, the ruling in his favor was actually issued on August 10, but has only been revealed to the public now.

The plaintiff stated that during the ten years mentioned above, he was somewhat incapacitated by his addiction. A psychiatric neurologist that testified in court explained that the player simply could not resist his excessive gaming habits. His compulsive actions left him unable to work too, which motivated his claim for financial compensation.

Now, according to the court’s ruling, Novomatic Gaming Industries GmbH must repay the gambler the €2,009,100 he spent on their machines, along with interest accrued over the period. The total payable sum is €2.5 million, or around $2.87 million for North Americans.

Novomatic Back in Court Once More

All of the gaming machines in question were operated by Novomatic, a popular manufacturer of gambling cabinets, online casino games, and numerous other gaming platforms as well. The firm is based in Gumpoldskirchen, Austria, just 30km away from the capital of Veinna. The decision of the Regional Court of Wiener Neustadt is reportedly not final, and Novomatic representatives plan to appeal the ruling.

However, it must be noted that this is not the first time that the slots expert has been ordered by courts to repay the losses of a gambling addict. Back in 2014, the firm was forced to refund another local punter with €800,000 after a Vienna court deemed ‘gambling contracts’ between the two to be invalid due to gambling addiction.

Later in 2014, lawmakers in the country amended the Viennese Events Act, which essentially banned electronic gaming machines from being operated outside of casinos. Thousands of such machines had to be switched off following the move, including a hefty number of Novomatic’s 1,500 terminals in the city at the time.

The ban was implemented to try to control problem gambling, especially in lower-income communities. However, it is unclear whether or not it has proven to be effective, especially since in the most recent court case, the judge noted that Novomatic’s gaming machines violated regulations by accepting too-high stakes.

Could it be your chance to HIT THE JACKPOT?
Spin the latest slots online now!