Nordic Winter Festival at Prince George, BC on January 11 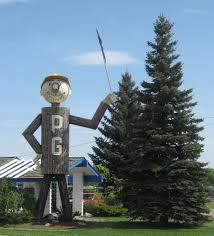 Prince George British Columbia may be far away from the big cities; it is a full 800 km north of Vancouver and the same distance west of Edmonton. Yet, Prince George is a center of winter sports activities for the entire family. In and around Prince George, you can ski, both downhill and cross-country, skate, snowshoe, and generally enjoy the long, northern winter. Prince George is a center of sports activity for a large area of the Canadian northwest so it has plentiful lodging, restaurants, parks, and attractions for the whole family. There are an incredible 120 parks within the city limits and numerous parks, trails, and other sporting opportunities in the vicinity.

You may have heard about Prince George because it will host the Canada Winter Games beginning in mid-February. But there is much more to Prince George than a single tournament.

On January 11th the Caledonia Nordic Cross Country Ski Club will host the Nordic Winter Festival at the Otway Nordic Ski Centre, a few kilometers west of the city. The Winter Festival is a one-day event. The club will host activities for all ages including skiing and biathlon lessons. The Ski Club sees the Festival as a way to show everyone how much the Otway Ski Centre has to offer but also to say thank you to the community for its support of the Centre over the years. Much of the work at the Otway Centre is done by volunteers who are passionate about providing great outdoor fun, especially in the winter, to as large a segment of the public as possible.

The Caledonia Nordic Cross Country Ski Club is a non-profit organization whose goal is to provide everyone a great sporting experience at minimal cost. At the Winter Festival on January 11, all skiing and snowshoeing passes will be FREE. In the winter generally, there are 55 km of groomed cross-country trails. Five of these kilometers are lit for night skiing. Many people come to the Otway Ski Centre either before or after work to ski on the lit trails. After the snow melts, the trails are used for hiking and mountain biking.

The Otway Ski Centre also has a biathlon range and snowshoeing trails. There are trails where your dog is welcome. The day lodge has ski and snowshoe rentals, a kiosk, and a ski school (and heated bathrooms). The lodge is open during skiing season, usually November to April. While the lodge is closed for half the year, the trails remain open. Visitors may use the trails but the clear understanding is that their use in the off-season is at the user's own risk. The lodge may be rented for private events at modest cost.

The Centre also participates in an international Para-Nordic Program following the guidelines of the International Paralympic Committee. Para-Nordic includes all physical impairments except deafness for which the Special Olympics has an organized program.

The Caledonia Nordic Cross Country Ski Club is run by a volunteer board of directors who are dedicated to cross-country skiing. The goal of the club is to promote cross-country skiing both because of its benefit to one's health and fitness and also because it's so much fun! Many people who had never skied cross-country fall in love with the sport. The Otway Ski Centre has skiing instruction for even the least experienced skier.

Giving Back to the Community

The Caledonia Nordic Cross Country Ski Club began in 1957 as a ski club called the Sons of Norway. It has come far since then, owing to the hard work and dedication of the many men and women who have volunteered over the years plus generous donations from the public. Only 30 years ago there were a mere 1.5 km of lit trails and three km of unlit trails! Today it has a large body of activities related to winter sports. The Ski Club awards two annual scholarships to dedicated club members who have demonstrated their commitment to the club, the activities of the club, and who have high scholastic achievement. The scholarships are to be used to aid the recipients' post-high school education.

Make Prince George and the Otway Nordic Ski Centre your destination for a fun packed day of winter sports activity on January 11, 2015.