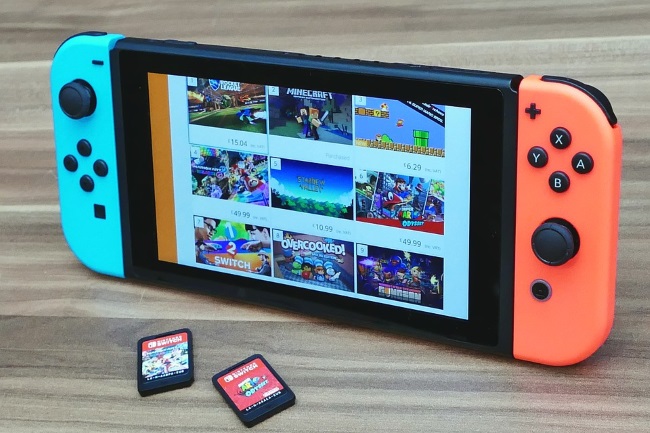 Business as usual came to a screeching halt a little over a week ago when Japan declared, in what many consider overtime, a state of emergency. The country may have stopped short of the draconian measures implemented by some other world governments, but since most non-essential services are not functioning at normal capacity, companies like Nintendo have not been able to operate at usual capacity. And ongoing China lockdowns have not made things any easier either.

The result has been that of a massive impact on Switch shipments, especially locally in Japan. Nintendo wasn’t able to provide any sort of timeline as to whether local distribution levels would return back to normal, but it did indicate that it will continue shipping Switch systems, for the moment at least and as long as limited manufacturing holds, to regions like North America and Europe.

Nintendo: More Are On The Way

Nintendo has commented on the fact that Switch is selling out fast at retail locations all over the United States but has offered the assurance that more hardware systems are on the way. The company has also been providing live tracking systems aimed at indicating where Switch systems remained in stock in the U.S. so as to make the remaining units easier to find.

Nintendo has recorded a record number of units sold due to stay-at-home social distancing guidelines now implemented in the majority of countries. The U.S., especially, has witnessed units selling out repeatedly. This has caused a backlog so enormous, that the prices of consoles on offer at second-hand sellers have escalated into the red.

Slow But Not Down – For Now

Nintendo as early as February warned of possible stock shortages and said at the time that the full impact of those shortages would more likely than not, hit especially the U.S., in April. The shortages are mainly caused by the fact that many of Nintendo’s components are manufactured in China, after which the individual parts are shipped to Vietnam, where the consoles are then assembled at Nintendo’s assembly plant.

A spokesperson for Nintendo indicated at the time of the initial February heads-up, that shipments to the U.S., Europe and Canada will in all likelihood not draw to a complete halt, but that the expectation is that the availability of consoles will be largely reduced.

The U.S. is Nintendo’s biggest market in terms of demand and accounts for at least 43% of its business. Europe comes in second at 27%, followed by Japan at 21%.

Try slots and so much MORE online. Play to WIN at Canada’s BEST casinos.