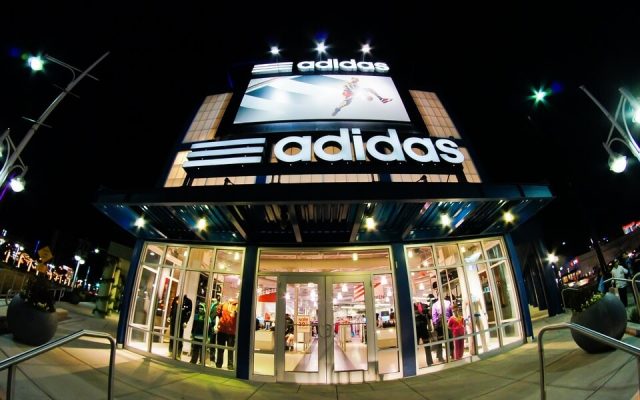 The world’s most famous professional gamer has been a busy beaver. A new book and a brand-new sponsorship deal with sport and fitness clothing and attire giant Adidas are just some of the latest developments going down in Tyler “Ninja” Blevins land.

Ninja is obviously not the only pro-gamer doing his thing online, but whilst other online gaming personalities mainly focus on swinging their own goods on the ether, the world’s most famous gamer has bigger fish to fry. Ninja may soon be catapulting his very own line of branded clothing off the launch pad thanks to the partnership with Adidas.

Adidas And Time In

It has not yet been revealed exactly what the partnership will entail, but if its anything like existing brand partnerships between Adidas and the likes of Kanye West and McKenzie Coan, then Ninja-branded sneakers and clothing may soon be made available to purchase online.

Ninja officially announced the new deal with the sportswear giant on Twitter and Instagram and under the tagline “Time In”. The special promotional video is rather profound and even touching in a way and describes how Ninja used to be regarded as having a totally unrealistic dream in terms of making a career out of something like “playing games”.

The Adidas deal follows short on the heels of another deal that is equally impressive. Ninja at the beginning of August announced on social media that he would no longer be streaming his branded games content on Twitch but will be moving over onto Microsoft’s Mixer game streaming platform instead. Ninja enjoyed a huge following during his time on Twitch, with as many as 14 million followers following his every move on the platform. Since his having crossed over to Mixer at the beginning of August, the celebrity-style gaming pro has gathered onto himself 2 million more followers on Mixer.

His Own Trilogy Of Books

Ninja also recently announced the release of his first book, “Get Good”. The book was created in partnership with Random House and is the first book in a planned trilogy of books on the life and times of the pro-gamer. The second book is scheduled for release in December. The graphic novel will be titled, “Ninja: The Most Dangerous Game”.

Fortnite turned out to be the makings of Ninja. Even though he spends most of his stream-time playing Fortnite, he has indicated that he would really like to move away from the game and ultimately be associated with more game brands.

Bet on eSports ONLINE. Back the team or player you think is a WINNER!