Team17 Hits It Up With New Worms Teaser 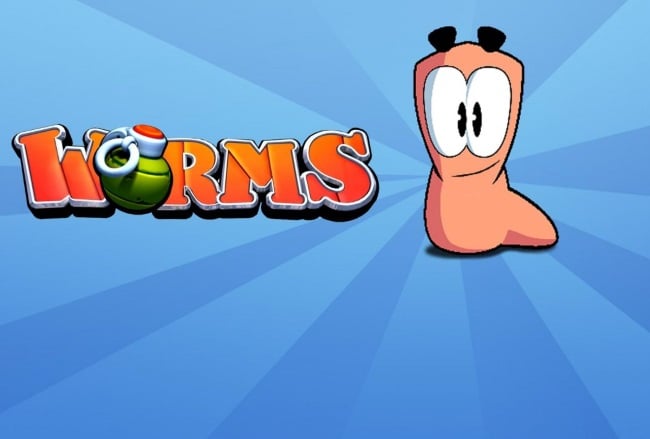 New worms – new ways to play. So reads the Twitter feed posted by Team17 about its upcoming new Worm`s release. The developer even posted a teaser video to whet the gaming appetites and even though this isn’t really anything more than a trip down memory lane, it does kind of want to make you hoist your bazooka and head for your fluffy transportation.

What’s clear is that some major changes are headed our spineless way and wriggly combat and mayhem is about to go new scale. The teaser video doesn’t reveal much more than something never seen before being in the offing but it’s certainly crafty enough to grab the attention. Aside from the bliss of wriggly battle nostalgia, of course. All depending on how you like your worms, of course.

What may be deducted from the promises made by British games developer Team17, is that the arsenal of bizarre and at times outright crazy battle gear and weapons is about to get even more out of this walking-world.

But this will not be Team17’s first attempt at a pre-teased overhaul. Its tried and failed gloriously at for example 3D but bounced back with a “new and improved” hand-drawn 2D version in 2016. And perhaps the knack of forever bouncing back is what has ensured the long-term survival of a game that basically allows players to be in charge of their own team of wriggly soldiers and pit their invertebrate stealth skills against those of other connected players. Riveting stuff, really.

Whatever May This Way Wriggle

The concept may be atrociously simple but that hasn’t stopped thousands of loyal fans from signing on for a battle of the creepies. The game is after all this year a cool 25 years in existence, with a variety of wonderfully wacky updates, patches and new versions released by Team17 since 1995.

Best of all is that the very first Worms release is to this day still available to play online. It’s not gotten old either; not to the mind of a true Worms fanatic in any event. And fans there are aplenty for sure. Speculation about the upcoming new release has been running rife on forums and discussion platforms ever since the teaser hit the airwaves.

Whatever manner of creatures end up worming their way on over once the new game is released, we’re pretty sure that it’s going to be a slimy sail-away success for Team17.

Work your way to a BIG win! Play at Canada’s BEST online casinos.