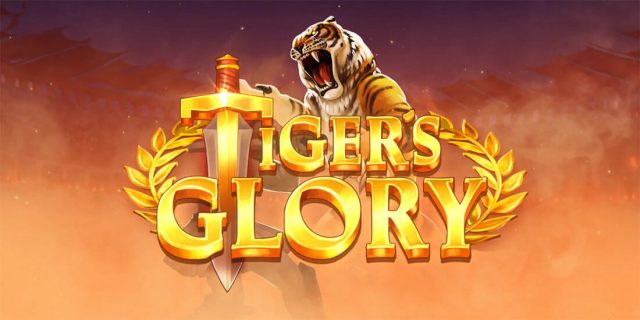 Yet another premium online slot from Quickspin has arrived! This time, fierce wild cats battle Roman gladiators across 6 action-packed reels in Tiger’s Glory, the developer’s latest creation for desktop and mobile.

Set in the heart of the Coliseum, this fierce and fiery slot sees gladiators fighting tigers in an epic battle of man versus nature. Players can win as much as 12,000x their stakes in a single spin during the special Tiger Battle feature, and there are also plenty of tempting free spins up for grabs to add to the experience.

Symbols in this game appear in 4 rows across 6 reels, and winning combos can be formed by matching identical symbols in any spots from left to right on the reels. Instead of paylines, Quickspin has added 4,096 ways to win in this thrilling title, and the reels are framed by traditional Roman columns and a classic-style roof for a convincing ambience. A dramatic soundtrack plays out during the battle to complete the scene.

For smaller wins, playing card icons can be seen carved into marble slabs on the reels. The bigger wins are supplied by 4 brave gladiator characters, who gladly step into the tiger’s den to land some lucrative combinations. The tiger, of course, is the most valuable symbol of all, offering 10x your stake if you can land one on each reel. There is also a laurel wreath wild that can fill in for other standard symbols to create even more winning potential.

The only thing that the wild can’t substitute for is the scatter symbol, which triggers the Tiger Battle free spins round. This round offers up to 20 bonus spins, depending on how many scatters trigger it during the base game.

In the bonus feature, the Enraged Tiger symbol is also added to the reels for the first time, paying out in any combo and adding more free games to the mix whenever it wins against a gladiator. These symbols will also lock in place for all future bonus rounds to ensure that you walk away from Tiger’s Glory significantly richer!

The brand new slot is available to enjoy at all Quickspin online and mobile casinos from just 0.20 per spin, making it affordable for everyone to take a spin at.

Commenting on his company’s latest release, Quickspin CEO Daniel Lindberg noted that his team is thrilled to be unveiling Tiger’s Glory to their millions of players worldwide. According to the CEO, the slot’s engaging setting and dynamic gameplay make it one of the brand’s ‘most engaging titles to date’, which allows players to battle their way to glory with a lucrative free spins mode and special sticky symbols.

Get those reels rolling and the wins coming in! Play slots online TODAY!