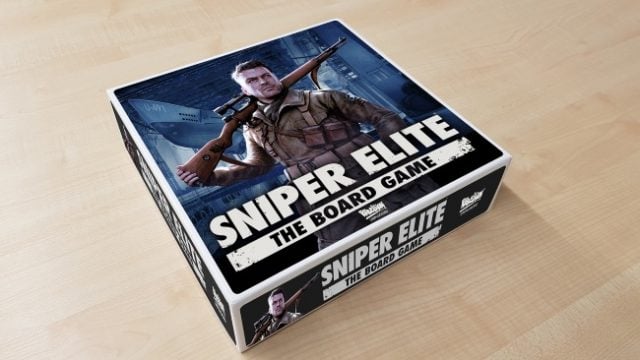 Some superb news on the gaming front is that long-time video games developer Rebellion Developments has just launched a board games division under the name and banner of Rebellion Unplugged. According to the latest big reveal, the new studio will be releasing both physical board games as well as video games collectables, and even more exciting yet, that the first board game is very nearly ready to be catapulted off the launch-pad.

Sniper Elite: The Board Game is described on Rebellion’s website as being “a competitive stealth action game for two to four players”. According to the information revealed pre-release, the Sniper Elite board game was co-developed by the current head of Rebellion Developments, namely Duncan Molloy, and fellow-developer and co-mastermind behind Undaunted: Normandy, David Thompson.

The board game movement is bigger than big and as it stands at the moment, Rebellion is one of various other studios steering their creative powers from electronic to games of a more physical and “tabletop” variety. Larian Studios days ago revealed an upcoming board game version of its own RPG Divinity: Original Sin 2. It simultaneously with the big board game reveal also launched a Kickstarter aimed at helping to fund the development of the game and also to better “understand market demand”.

The Kickstarter campaign originally had its funder goal set at $160,000 for the RPG Divinity project and within a matter of only hours not only reached the mark but also achieved funding well beyond. This in and of itself appears to be a lesson in understanding market demand and it certainly seems as if the industry is ripe and ready for whatever developers are planning for the future of board games re-invented.

More Than 25 Years In The Making

As for Rebellion’s Sniper Elite: The Board Game, not much more information has been revealed about the upcoming project, save for the fact that Rebellion plans on launching a Kickstarter campaign for the title early on in 2020.

And indications at this stage are that Sniper Elite will not be the only Rebellion title to receive the board game treatment going forward. Rebellion founder and CEO Jason Kingsley speaks passionately of his and brother Chris’s involvement in the video games industry; an involvement spanning a good 25 years. According to Kingsley, the love that the brothers have for video games and creating new games is rooted in in their childhood “love for board games” and moreover, that the brothers have a great deal of inspiration to draw from.

Play YOUR favourite games. Join in the fun at a Canadian ONLINE CASINO!