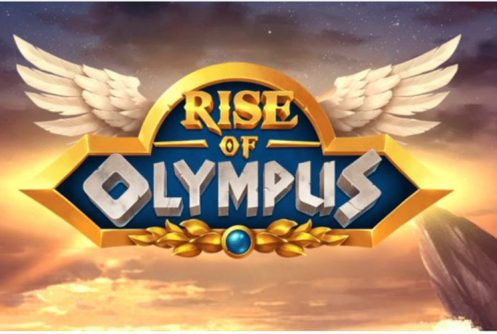 This August, Play ‘n GO will be releasing yet another brand new slot: Rise of Olympus. Slots experts have been quick to jump on the new title, hailing it as a potentially electrifying release packed with winning potential and some sensationally unique game mechanics to boot.

The new game hits Play ‘n GO casinos on August 23, 2018. It is set to play out over a 5×5 game grid, on which any 3 or more matching symbols either vertically or horizontally will pay out. 3 Greek gods will watch over the reels as you spin them, and there are also no less than 3 innovative bonus rounds to try.

Greek Mythology Gets a Reboot

The Greek mythology theme also gets a fresh reboot in the new title, which focuses on the all-powerful Greek gods and myths that so many players love. Here, Play ‘n GO has chosen to focus on three gods (and brothers) in particular: Olympus’ king, Zeus, the god of the seas, Poseidon, and Hades, the infamous ruler of the underworld.

These three characters are possibly the most iconic of the Greek pantheon, and Play ‘n GO has taken care to treat them with respect in its portrayal. The graphics in Rise of Olympus are majestic, realistic, and of the highest possible quality, and each symbol on the reels is also brought to life by its own animation schedule at regular intervals.

The three aforementioned gods, aside from guarding the reels, also act as the slot’s 3 highest paying symbols. In total, there are 8 different symbols present, including a Wild icon and 4 other lower paying icons. Rise of Olympus will offer an impressive RTP of 96.50% to real money players, and can be enjoyed from just 0.20 a spin, all the way up to 100.00.

In terms of cash wins, the Play ‘n GO release will also offer some great winning opportunities thanks to its maximum payout of 500,000.00 and high variance format. Other features of interest include cascading reels with up to 10x increasing multipliers, as well as unique bonus rounds dedicated to each of the slot’s three central gods.

All of these bonus rounds are triggered at random on any non-winning spin, and players can also supercharge a dedicated bonus meter to trigger all 3 gods’ mighty powers at the same time. There is even a lucrative free spins bonus on offer, which allows you to choose which god you would like to trigger on your non-winning spins!

Clearly, Rise of Olympus will offer plenty of chances to win big, along with some sensational mythological-themed entertainment and Play ‘n GO’s iconic visuals. The new slot will also be optimized for mobile play, making it perfect for Canadians on the move.