Microsoft To Re-Enter The Mobile Market 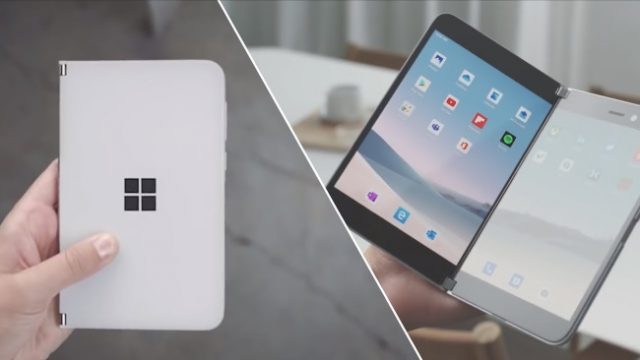 Microsoft is getting back into the mobile phone business. Which is something that really would have been quite natural a step, as the majority of big-tech corporations have a horse in the mobile phone race, had it not been for the fact that three years ago, CEO Satya Nadella yanked the company from the phone business rather abruptly. This was not very long after the company had forked out $7 billion for Nokia’s Oyj handset. In fact, three years proved more than enough time for the realisation to set in that its at time necessary to simply cut one’s losses and not cry too much over spilt milk.

Microsoft back then quietly wrote the entire thing off as a bad job and not another word was said on the matter. The big-tech corp had supposedly decided to stick to what it does best, which was software. Operating systems and games were its forte, and that appeared to be that. Until now that is, because the latest news is that the company is releasing a foldable handset device equipped with two 5.6-inch screens. And according to Chief Product Officer Panos Panay, Microsoft’s new Surface Duo will be ready to be packaged and shipped by the time the 2020 holiday season rolls around.

There were of course many questions fired at the Windows people regarding whether or not a re-entry into the mobile market was on the cards for the future. This was shortly after Microsoft announced in 2016 that it was leaving the mobile phone building. But executives were adamant about the fact that if Microsoft were to ever again suit up mobile phone style, the very concept and prototype had to be unique and definitely would not involve buying yet another still-born idea from a third-party manufacturer.

Considering the train of events, the Surface Duo announcement really should have been not quite as big a market surprise as what it was. The general consensus is that if real market share and value were to be had by any leading technology corporation, then a mobile phone would have to be part of the package. And since 5G connectivity is fast making its way into even lower-income households, a corporation like Microsoft will obviously be keen to lay claim to its slice of the increased-spend market pie.

A New Player In An Old Game

Another prompt to re-enter the mobile game may well have been the EU’s ruling with regards to Google and the way it dominates the search-engine market in subtle and cunning (read: tech bully) ways.

When considering the situation from a different angle, the ruling has opened up a whole new world of opportunities when talking big-tech collaborations and a patting on the head of sorts as far as anti-trust regulations go. What this means for Microsoft in particular, is that it is now good and proper at full liberty to partner with Android in terms of offering its own apps on Android operating systems. This has very much paved the way for the company’s big mobile phone return.

Because as most people will be quick to tell you, it all adds up in the end.

08Play at Canada’s BEST mobile casinos. Sign up and WIN ON THE GO!