New Feature Added To Deal Or No Deal Live App 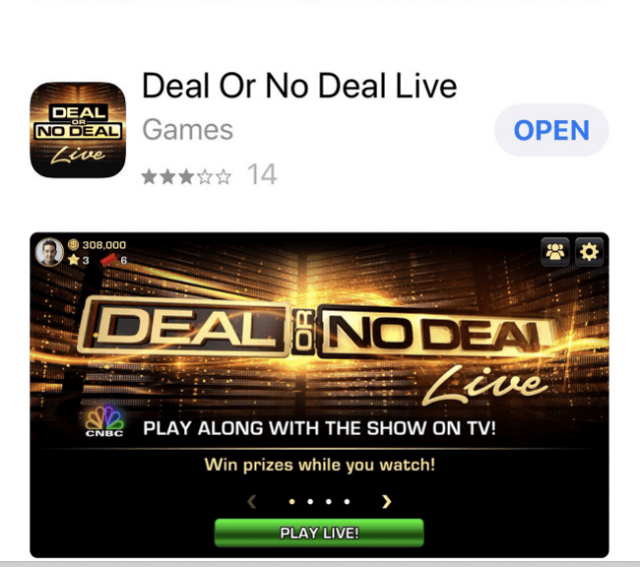 The popular television show Deal or No Deal has enjoyed a lot of attention from developers, and every new game, live casino experience, and genius application has only served to raise even more of a hype over the popular brand. The latest is that big-time developer EndemolShine Gaming has added yet another brand-boosting enhancement to its Deal or No Deal Live (DOND) app. The app now includes a social games section. The games, says the developer, can be played whilst fans wait for the next episode of the show to air on television.

The original app was launched towards the end of last year in order for it to hit the market around about the same time as the re-launch of Deal or No Deal in the US on the CNBC network. The app was launched with the help of iPro, and is a free to play application.

The new feature was incorporated to stimulate closer interaction. Players are now able to enter the Green Room at back-of-stage and there to play social games in between episodes. What’s more, by entering the digital version of the Deal or No Deal Green Room, players have the opportunity to collect and win virtual money as well as a special secondary currently in the form of Deal or No Deal’s signature cases.

What’s more, these may then be used to gain an advantage when the play-along game is underway, as well as when any prize drawings are up for grabs on the actual show. In addition to virtual prizes, players also stand a chance to win a special edition of the Deal or No Deal case, autographed by the iconic US game show host Howie Mandel.

Director of Games for EndemolShine, Anil Mistry, said the idea behind the additional feature is to create a more in-depth experience for fans and viewers of the popular show. Closer involvement and the feeling of being personally invested in a brand on an emotional level goes a long way towards building a brand.

iPro’s founder Robert Melendres pointed out that the fact that the number of registered users on the app now represent a decent portion of the actual viewing audience is a true testament to the success of the product, which is good news for everybody involved with the brand and specifically, with the US launch.

Sign up with a top Canadian online casino and get your hands on a BONUS!