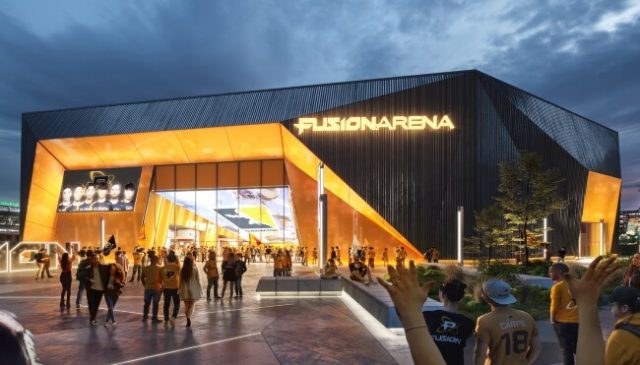 eSports fans and participants residing in the vicinity of Philadelphia’s East Coast will soon experience the joy of having their very own 3,500-seater arena. A dedicated space from where you can cheer on your favourite team is a special treat, and one that telecommunications giant Comcast is of the opinion every fan and player should have the pleasure of enjoying. The $50 million arena is being developed in conjunction with the city of Philadelphia, and is set to officially open doors in 2021.

The stadium will be dedicated to eSports and will comprise of a 60,000 square feet development. In addition, it will become the official home of Comcast’s own Overwatch team; team Fusion.

Read More…Canada To Get Its First eSports Stadium

The new arena is expected to be a real sight but despite being the America’s next big eSports venue, it won’t be the first. November of last year marked the grand opening of the eSports Stadium Arlington, which is situated in Texas. The Arlington arena has a seating capacity of 3,000 and cost $10 million to develop and erect, admittedly a much more conservative price tag than that of team Fusion’s new home.

But the lower price tag does not mean having to stand back for any other development. Arlington isn’t only an events arena; it’s also a hub where electronic sports professionals come to do their thing. Several colleges in Texas already sponsor their own teams, hoping to develop the champions of the future. In addition to this, the Southern Methodist University runs a school dedicated to video game design. Guildhall’s activities are closely connected to all of the events staged at Arlington.

Philadelphia has experienced a technology boom, and eSports has played a vital role in the revolution. The new arena will be erected right around the corner from the home of the Philadelphia Eagles as well as that of the Phillies. One cannot help but suspect that a strong message is being conveyed by the arena’s very location: the divide between traditional sports and eSports has officially been bridged.

A notion driven home by the fact that more people watched the Dota 2 International than motorsport’s Daytona 500!

Do YOU love eSports? Bet on a game or tournament online and WIN!