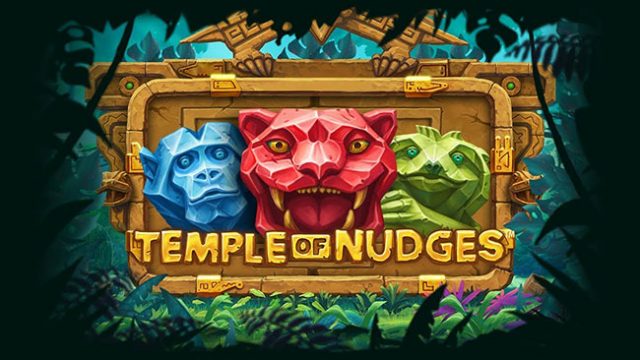 NetEnt has yet another smash hit slot on the way, and after their entry into the Canadian market in 2018 via a British Columbian license, players can’t wait! Temple of Nudges is scheduled for a March release, and will thrill all who play it with its majestic Aztec mythology theme. The title will also be fully optimized for mobile, if you would prefer to take your entertainment on the move!

The action in this wild slot takes place across 5 reels and 243 ways to win, which count winning combinations from left to right across the reels. Modest cash prizes can be found in the base game, but the long list of special features like respins and nudges are where you’ll be able to find the truly exciting wins. An RTP of 96.03% will help to ensure that your next big score is never far off.

Betting in Temple of Nudges starts from just 0.25 per spin and reaches up to 250.00 per spin for the more adventurous punters in Canada. These bets translate to a flexible range of coin values between 0.01 and 1.00 per line. NetEnt’s colorful tribal creation will reportedly pay out up to 87x your stake in a base game spin, making it low in volatility.

While fascinating symbols and beautiful graphics can be found in the base round, it’s in the bonus features where the slot’s uniqueness really shines. Instead of free spins or the standard predictable wilds featured in most other titles, Temple of Nudges stays true to its name with just two main bonuses: nudges and respins.

The first feature you are going to want to trigger as often as possible is the Nudge mechanic. Whenever you land a win, the Nudge will trigger instantly, and the reels will nudge down by a single position, allowing new symbols to appear in the top row. This can immediately create new winning combinations, at which point the reels will nudge down once more for even better cashes.

Another element that gives this feature powerful winning potential is the fact that all the symbols in the game are super stacked. This means that on a fairly regular basis, you will land enough matching symbols to cover almost the entire grid, leading to some truly legendary payouts.

Explore the Amazon Next Month

The second engaging feature in Temple of Nudges are the Respins. These will activate whenever a respin icon lands on the reels as part of a winning combo. The symbols involved in the win will be locked into place, and the remaining reels will be respun and the symbols re-evaluated. If you managed to land some more matching pictures, your payday could be greatly improved this way!

With its gorgeous Aztec temple theme and animal totem reel symbols, NetEnt’s upcoming slot release is already getting the attentions of the iGaming industry’s most seasoned experts. Expect plenty of suns, snakes, sloths, panthers, monkeys and anteaters to form your winning combos as you explore the Amazonian jungles in search of wild riches this March.