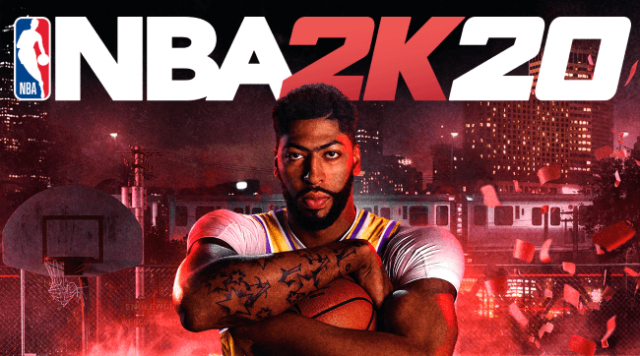 The cat is wreaking havoc in the chicken coop following the release of the official trailer and age rating for the upcoming new NBA 2K20 video game by games developer Visual Concepts. The authority for the implementation of age restrictions in Europe, namely Pan-European Game Information (or PEGI for short) has said that it will under no circumstances impose a high age restriction on any game based purely on the contents of pre-release trailers uploaded on content stream platform YouTube.

The game will supposedly present to players a MyTeam mode that will include mini-games featuring gambling-related content like a wheel of fortune and prize wheels and also slot games. Following the release of the 110-second trailer on YouTube, PEGI was apparently inundated by queries from concerned members of the public questioning the game’s “Everyone” US rating and its PEGI 3 rating in Europe. The class 3 rating means that basically anyone of any age will be permitted to access the game.

PEGI has responded to the queries by saying that the game has not been classified as a game that promotes gambling and betting. The definition of such a game would be one that includes moving elements depicting traditional casino gambling games encouraging and/or teaching players to engage in games of chance.

Games merely depicting elements of gambling as part of a storyline do not qualify as games that promote real-money casino gambling or real-money betting on sports, explained PEGI. Games depicting elements of real-money games of chance with the intention of motivating players to gamble and bet generally include content featuring horse racing, competition racetracks, casinos and actual gambling facilities. As such, said PEGI, it plans on sticking to its guns and will not budge on its decision regarding the announced age restriction.

PEGI also emphasised that even though the trailer contains imagery that may be perceived as being controversial, this does not automatically mean that the bulk of the displayed content will be incorporated into the actual game itself.

What PEGI’s opinion on the matter basically comes down to is that it would be grossly premature to at this stage enforce sky-high age restrictions based purely on pre-release teaser content. Once the game has been officially released, said the age-restriction authority, it will further assess whether a tighter age-restriction cap is indeed necessary or not.

Bet on NBA games online. See if YOU can back a WINNING team!