NBA 2K16 Gets You Ready for the Basketball Season 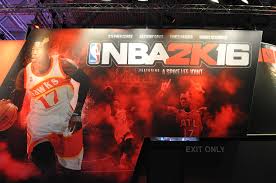 With the NBA season only weeks away, it’s time to get into a basketball mindset. And there is no better way to feel like you’re a part of the action than to play a wildly-successful simulator game like NBA 2K16, the latest release that deserves a good look from anyone who loves video gaming and loves basketball. The game lets you experience how it feels to be at the center of the action against NBA opponents in a way that is not only fulfilling on a gaming level but also gives you real insight for what’s happening when you watch the real thing on television or in person.

With NBA 2K16, you’re calling the plays for your team, made up of real NBA basketball players who bring their signature moves and playing styles with them to the game. You have to watch for open players, call for screens by the big men, fake moves to the basket and anticipate cuts from teammates, generate options for shooters, all while contending with the swarming defense that NBA players are known for playing. You have to think quickly and use all of the tools the game provides. Luckily, the latest version of the game gives you sufficient tools to succeed if you play with skill and guile. And like the real game of basketball, practice makes perfect.

The best sports simulation games create a sense of the real thing though realistic recreations of the players, their moves, and their unique styles. That’s one of the great strengths of NBA 2K16. The players are true to life, giving you the feeling that you’re inside a game that’s being watched on television. But instead of passively watching, you’re making the plays and directing the players to their positions. You have the roar of the crowd and even an ongoing commentary that closely aligns with what you expect from a regular broadcast of an NBA game. You even get player introductions, halftime shows, and replays. Best of all, you can choose a team and play against the computer itself as a single player, or play against a friend in a dual player option.

If there is one knock on the game, it’s the complexity of the control system. Since there are many elements to the game, it takes some time to learn how to get the players to do what you want them to as quickly you’d like. But that’s the price of quality. If a game is to offer a wide range of options to make the action realistic, then it must also require some time for learning the options and how to make them happen. The learning curve is smaller for those who are advanced gamers, but for beginners, it could take longer. But the process is parallel to the process of learning new skills to use on the basketball court, only it’s done in the context of the simulations.

In addition to offering a chance to play against simulated NBA teams with their current rosters, there are also options for teams from the EuroLeague, and even some classic NBA teams of earlier eras, such as the 1999-2000 Toronto Raptors team that included Vince Carter and Tracy McGrady. But the real highlight of the special features may well be the MyCareer option, which is directed by the distinguished filmmaker Spike Lee. The feature focuses on an up and coming basketball player who requires development before reaching the heights of his career. There are skills to be learned, contracts to be signed, pressure to overcome. The story is interactive and you choose how the player achieves his goals of reaching the heights of NBA stardom.

So NBA 2k16 is the perfect warm-up for the coming NBA season, and even better as the season gets going. Imagine watching a game and feeling frustrated because the team isn’t taking advantage of its core strengths. You can virtually replay the game between the same two teams and try out the strategy you favor and see if you could get a better result. You can play as your favorite team and see if you can do better against the league than the real thing. In the process, you’ll start to see the game from the inside, gaining a coaches perspective alongside a feel for what it’s like to play against fierce competition and alongside top quality teammates. There is no way to be closer to the game other than as a player or coach of the real thing.