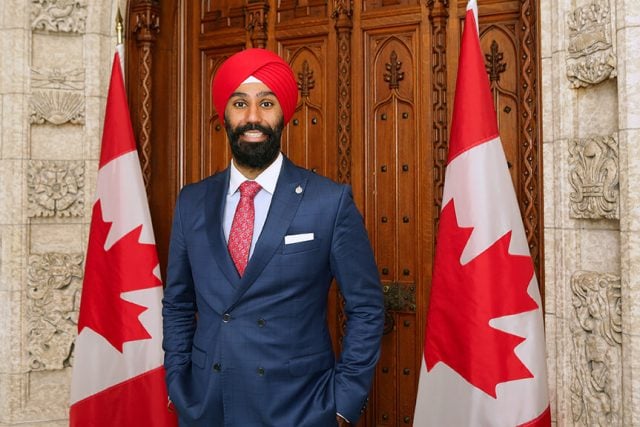 As many as 3% of all Canadian residents suffer from problem gambling and gaming addiction – and nobody is immune to it. Even Member of Parliament Raj Grewal has been forced to resign from his seat due to the issue, which is a growing one that often coincides with the rise of online gambling service availability.

An anonymous witness told the local newspaper that the MP has been seen spending many millions over the past three years at the Casino du Lac-Leamy at Ottawa. As reported by the Globe and Mail, Grewal was flagged as having a problem after spending millions of dollars at local wagering establishments.

Under the laws of FINTRAC, Canada’s financial intelligence unit, casinos must report any transactions of over $10,000 a day to the relevant authorities. Grewal reportedly exceeded that limit many times over without stating his source of funds.

Over 75% of Locals Wager Yearly

Wagering became a multi-billion dollar industry in the North American company during the 1970s, when widespread changes to the nation’s criminal code gave its provinces the ability to license and regulate their own gaming industries. Later in 1989, Canada’s first mainstream casino opened its doors, leading many others to follow suit over the past couple of decades.

The University of Calgary’s website notes that there are around 60 permanent casino venues, 250 racetracks, 33,000 lottery vendors, 87,000 electronic gaming machines, and 25,000 licensed bingos and temporary raffle services nationwide. More than 75% of Canadians have wagered in the past year, and the average household is estimated to spend a little over $1,000 on bets per annum.

While most locals don’t have a problem with compulsive gaming, it is estimated that around 3% do, as mentioned above. This is around the same rate as the number of locals who have alcohol problems, putting these two crippling addictions neck and neck.

According to the Canadian Center for Addictions, pathological gaming can be defined as a progressive impulse control disorder that is characterized by a loss of control over one’s behaviors, a preoccupation with betting and winning, irrational thinking, and continually behaving in the same way despite ‘adverse consequences’.

The CCA says that there are three pathways to pathological wagering: learning and environment, psychological factors like stress and depression, and a genetic predisposition.

MP Grewal, a 33 year old Master of Business Administration and a successful lawyer, has sadly become one of Canada’s 3% of compulsive gamblers. A statement from the office of the Prime Minister says that he is now seeking professional help for the issue, which has led to him gathering ‘significant personal debts’. The PM expressed hope that Grewal receives the help he needs to recover from the addiction soon.

The BIGGEST bonuses and jackpots are waiting for you online! Play NOW.