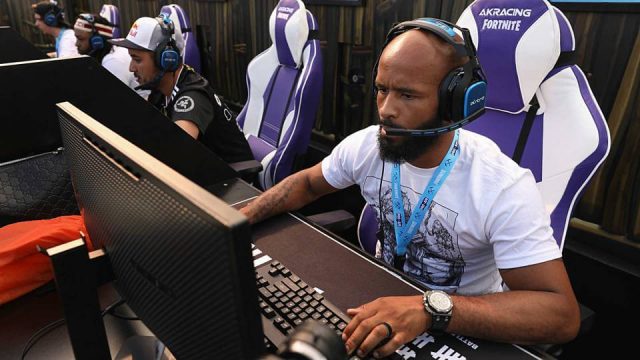 Demetrious Johnson is a fan of World of Warcraft, as became evident when he spoke to Sporting News about a totally different subject: his rematch against Henry Cejudo at UFC 227. The flyweight champion was playing during his interview, on Mightymouseufc125, his Twitch channel.

Playing video games comes right after Johnson’s family and his fights inside the Octagon on his list of passions and priorities. The fighter said that he spends his time having fun like this after his children have gone to bed and his wife has retired as well, in-between his training sessions. He revealed that he had logged 66 hours of game time in June alone, and that his go-to titles were Street Fighter V and Fortnite, alongside WoW.

Not Just for Kids

For a long time video games have been viewed as suitable only for children. When adults admitted to playing them, the perception was that this was because there was no significant other in the picture, or that the person was a loner, without many friends. 31-year old Johnson puts paid to both those suppositions. Not only is he happily married with two kids, he’s also arguably the finest fighter in the history of MMA.

Johnson talks of this kind of pastime bringing out a different side in him. He said that, when it’s fight week and he’s not involved, many people relate to him in this particular aspect instead. He spoke of their being faithful fans, but unable to enter in to the world of the UFC that he inhabits for a large part of his time. He said video games mix things up, and that the idea that unathletic geeks are the only ones who enjoy them is out dated, and that he was proud to break that stereotype. He spoke of it being an additional way for him to interact with his supporters, and that he really enjoys it, to boot.

Taking Over on Twitch

The biggest obstacle Johnson has faced during his title reign has been a lack in marketability, with some of his Pay-Per-View fights being among the least-watched in the history of the UFC. His Twitch channel, on the other hand, is a very popular one, and he boasts over 165 000 followers. He has also managed to gain extra visibility in the world of gaming thanks to his appearance on the cover of the Icon Edition of the UFC 3 video game.