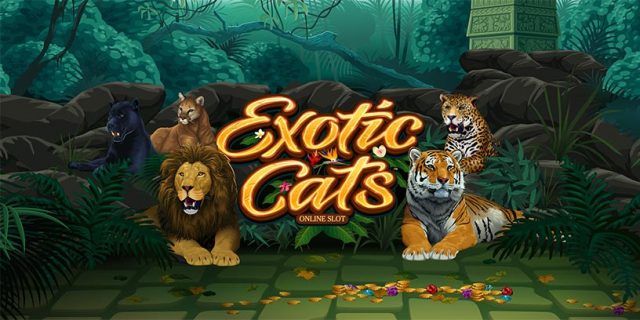 Looking at the Internet today, the popularity of cats is hard to deny. There are thousands of photos and videos of tenacious felines online, which always bring plenty of positive responses from their viewers of all ages.

Staying true to their spirit of keeping with the times, developer Microgaming has decided to take advantage of the feline craze with their latest online slots release: Exotic Cats. The new game boasts majestic wild cats in their natural habitats, coupled with an innovative Wild Reel feature to boost players’ chances of winning during every spin.

While domestic cats are usually the subject of the Internet’s affections, Microgaming has opted for more exotic felines in the aptly named Exotic Cats slot. The title transports players into the heart of a lush green jungle, where lions, tigers, cougars, panthers and leopards await them on the reels.

The slot’s 5 reels are accompanied by 243 Ways To Win, and are set against a backdrop of a thriving jungle clearing packed full of unique animals and plant species. Aside from the majestic wild cats on the reels, players will also find an Amazonian jungle princess, cat paw prints, and scatters present as reel symbols. Serenading the game-play is a wild tribal soundtrack, along with the kinds of animal sounds one would expect to hear in the heart of the rain forest. 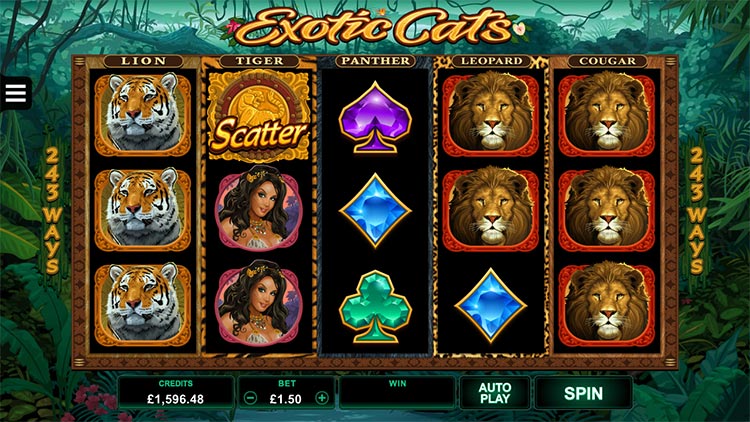 One of the new game’s main base game features are its wild reels. Every one of the five reels on display is dedicated to a specific wild cat, and when that feline lands on its reel, it will scratch it and transform it into a fully stacked wild. Accompanied by impressive animations, this feature certainly adds both value and atmosphere to Exotic Cats’ appeal.

The slot’s main bonus round can be triggered by landing 3 or more Scatter icons, which awards 10 free spins. The bonus plays out on an enhanced reel set as well, which makes it possible to re-trigger 5 more free games by landing additional Scatters in a single spin. With that said, the game’s biggest winning potential undoubtedly comes from the Wild Reels feature, as it is possible to turn all 5 reels Wild simultaneously for astounding wins.

Exotic Cats was officially launched at Microgaming online casinos on August 8, 2018. The title is now available for real money play, and can also be enjoyed on smartphones and tablets thanks to ultra-modern mobile compatibility.