Microgaming’s Iconic Soapbox Race is Back 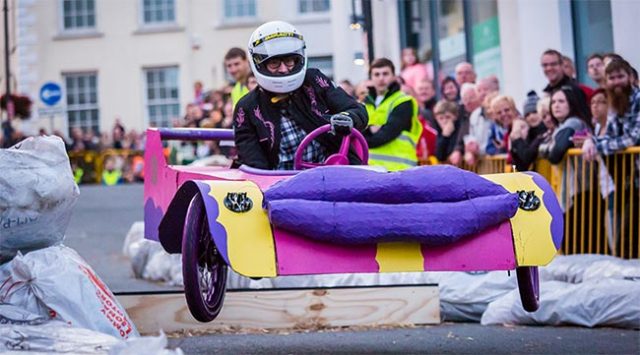 Entries have now officially opened for the 2018 Microgaming Soapbox Race, which will be held in Douglas, Isle of Man on Saturday, September 1 at 6pm.

The action-packed fundraiser has returned, and this year’s event promises to be better than ever thanks to thrilling jumps, steep slopes, and hair-raising turns for its participants to conquer. The race will start at Circular Road, giving drivers a chance to race along Upper Church Street and into Barrack Street where the finish line is situated.

Prizes are always a focus at the event, and will be awarded for the highest speeds, fastest laps, most impressive jumps – and also the best crashes! There are also awards for ‘Outstanding Kart Design’ and ‘Best-Dressed’ racers to be claimed, which will add even more fun to an exciting evening filled with memorable races and weird and wonderful vehicles.

Funds for Hyperbaric Isle of Man

All of the proceeds from the Microgaming Soapbox Race will be donated to Hyperbaric Isle of Man, a local charity that supplies hyperbaric oxygen therapy to more than 15,000 patients on the island each year. The last race, which took place in 2016, raised an impressive £4,000 for the charity, with overall donations amounting to almost £7,000 since the fundraiser first began.

Microgaming PlayItForward, a supporter of the event since 2014, will provide organisational and financial assistance this year, as well as having a team of volunteers present at the event to offer general assistance where it is needed. 3FM will also be back as the event’s media partner, promoting the legendary race on-air.

More information on the race, cart specifications, and how to enter this year can be found at douglassoapbox.com. Entries are open to both private and corporate racing teams, who will need to pay over fees of £50 and £150 respectively. 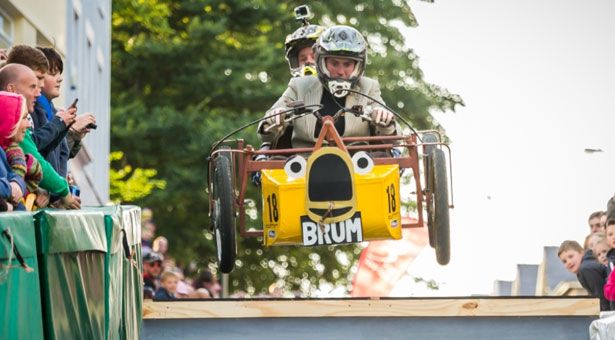 Event organizer Elliott Moore has noted in a recent statement that his company is calling all daredevils to enter the Microgaming Soapbox Race this year, which is set to be the most exciting iteration of the race yet. He explained that there are three major course jumps that will provide thrilling action for both adrenaline junkie drivers and spectators alike. 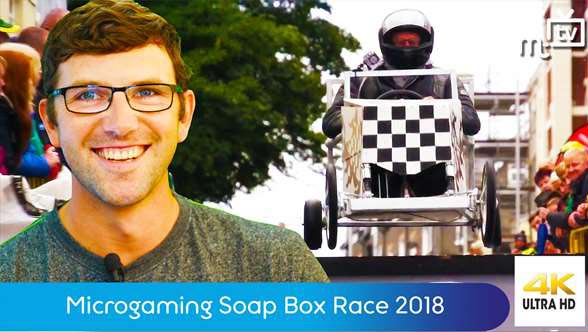 Senior CSR Manager Kate Moughtin added that the Isle of Man’s quirkiest racing event is finally back, and that they have planned a race with an off-the-charts fun factor in collaboration with PlayItForward’s volunteers.

She also jovially warned this year’s participants that Team Microgaming will be pitching up with its fastest and most stable kart yet, so they had better put extra effort into designing their kooky vehicles before September 1 rolls around!