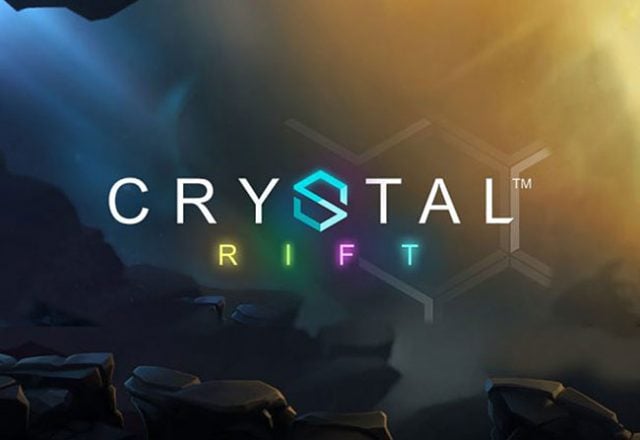 Microgaming has been at it again! This time, the world-leading iGaming software supplier has something uniquely shiny and valuable for its players to enjoy; namely, its new Crystal Rift online slot.

The graphically rich new title has been developed by Rabcat exclusively for Microgaming licensees, and comes in the wake of the same studio’s smash hit Castle Builder II. Stages in the heart of a glittering cave, Crystal Rift is set to stun all those who play it with its immersive game mechanics, jaw-dropping visuals and magical cash wins.

The new slot machine lures punters into the belly of a dimly lit cave, with only glowing blue crystals providing lighting for the scene. It is here that countless hidden treasures are waiting to be uncovered across 5 reels, 3 rows of symbols, and 25 adjustable paylines.

Boasting a Bonus Falls feature and incredible Wild Grids, the slot boasts Microgaming’s classic cascading reels setup to provide you with countless ways to win huge. There are 20 different grid patterns on offer, which have been classed in four categories: basic, super, mega and insane! Each category offers a distinct level of variation and thrill, while the Wild Grid feature transforms all of the symbols therein into lucrative wilds if you can land three consecutive base game wins.

Of course, fans of gems, crystals and all things sparkly will also be in seventh heaven as they blow valuable gemstones out of the rock in Crystal Rift. The gorgeous game has been optimized for both desktop and mobile gaming channels, and went live with Microgaming operators on Wednesday, November 21.

With the unique Wild Grid feature that adds mystery to each spin, Reynolds said, complemented by the Bonus Falls mechanic, Rabcat has engineered a heart-racing gaming experience complete with sleek and futuristic overtones.

CEO of Rabcat Gerhard Seiler also offered his thoughts. Set in the heart of a gem-laden cavern, he said, the new title delivers unique and rewarding gameplay that is packed with bankroll boosting features and whimsical visual effects. He noted that his team is proud to have once again been able to provide exclusive content to Microgaming casinos, and look forward to creating even more smash hits in the near future!

Sparkling wins and JACKPOT payouts could be yours
when you play online slots NOW!