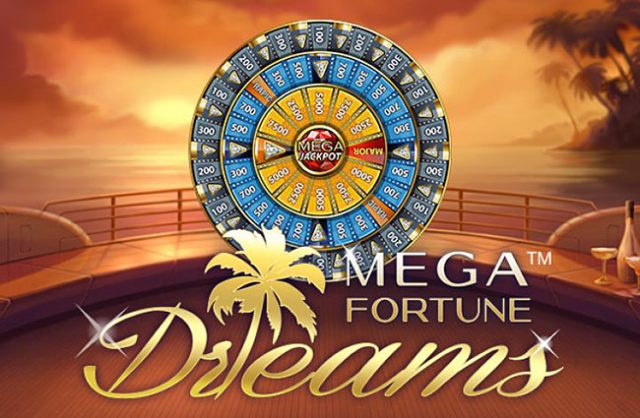 Swedish supplier of iGaming technology and solutions NetEnt has recently revealed that it managed to make one of its players over in Britain a very happy instant millionaire last month.

The player in question was enjoying a few spins on the developer’s 5 reel, 20 line Mega Fortune Dreams progressive slot when they struck an incredible win of £4,082,246 ($5,293,679) in cold, hard cash! The Stockholm-based supplier revealed in a press release that the 49 year old punter struck the life-changing jackpot on the night of October 8, while playing at just £0.80 a spin at UK-licensed Bingo.com.

Mega Fortune Dreams is a spin-off of the original Mega Fortune online slot. Set on the deck of a private yacht against shimmering blue waters, the fun takes place across a reel set packed with champagne bottles, diamond rings, Rolexes, shining gems, and a beach-themed wild symbol depicting palm trees swaying in a tropical breeze. There are a few main bonus features on offer, but none are more thrilling than the progressive bonus wheel, which has the power to award players millions in instant cash wins.

NetEnt Comments on the Big Win

In its statement on the developments, NetEnt detailed that the lucky slots fan won his windfall after deciding to try to evade his insomnia by enjoying some light-hearted online casino gaming. He did admit to ‘dozing off’ at a few points during the session, and only realized how much he had won once he put on his spectacles and took a closer look at his screen.

The winner also commented on his fortune, saying that you often hear about people winning these sorts of million-pound jackpots but never really believe that it will happen to you – or anyone you know. Now that it has indeed happened to him, he says, the whole experience is very unreal.

NetEnt has stated that the winner is planning to use some of his hefty jackpot to buy a sparkling new Jaguar XJ, along with an Aston Martin DB11 for his dad. Very generously, he has also forked out a whopping £1 million (around $1.2 million) in gifts to his friends and family! In his words, the win has definitely changed his life, but it has also changed other people’s lives for the better, too.

In the company’s statement, it also revealed that the new multi-millionaire was quick to retire from his job after the win, and is now planning a thrilling vacation to Disneyland to fulfill one of his biggest childhood dreams.

Speaking more about the jackpot hit, the Swedish firm noted that Bingo.com is operated by Malta-based company Kindred Group, and offers a wide variety of services to British players. Chief Product Officer Henrik Fagerlund also added that Mega Fortune Dreams has definitely lived up to its name once more by delivering what he could only describe as a ‘life-changing win’!

Could it be YOUR chance to strike it rich? Play online slots and find out!