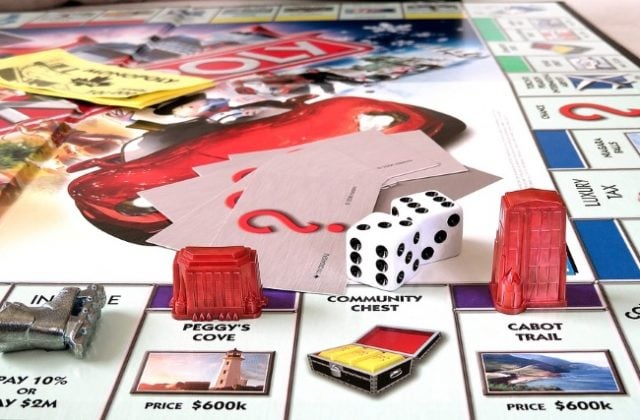 If you thought that the standard Monopoly we played as kids around the family dining room table squared it off in monstrous fashion with the clock; as in the variety of game able to usurp an entire Saturday’s worth of weekend time; then get ready to acquaint yourself with the matriarchal grandmother of time-consuming board games. Hasbro has just released a new version of the timeless classic (the irony isn’t lost at this point) called “Monopoly Longest Game Ever”. The latest edition is availably exclusively from Amazon.

But fair warning issued; if you thought that Monopoly tested all boundaries of reason and civil patience before now, then be prepared to be pulled apart limb by limb and having to appoint a fully armed soldier at the entrance of your mouth; let alone a guard. The longest version ever released will test even the patience of he or she possessing a unique combined faculty of longsuffering and willpower.

When Time Is All You Have

So how it works this time round is that the only way in which to win the game is to acquire into one’s possession every last piece of real estate property on the board. And if at this point you’re going, “oh well, that’s not too bad”, think again, because the latest edition makes space for a total of 66 squares on the board. That’s 3 versions of each of the available properties.

But that’s not all. There’s only 1 dice this time round. It doesn’t require an education in statistical mathematics to figure out that this alone means it will now take twice the amount of time it did before to make one’s way around the family-feud-inspiring board. And that’s without the additional 2 versions of each property now being in the mix.

He Who Suffers The Longest

We have; alas; left the best of the revelations for last. Remember the coloured money notes? The longest version of all time allows the player to give it a good old rip into twain. That’s right. Monopoly’s latest edition frowns not upon ripping every note into two separate halves when wanting to make one’s money stretch a little bit further. What’s more, each half holds the same value as the original bank note; pre-rip.

The latest release is of course not the first offbeat twist of the original released by Hasbro. The company has taken the mickey out of every conceivable topic and trend, including socialism and millennials. But what “Monopoly Longest Game Ever” very much is, is the chance to claim the ultimate bragging right of all time; with the winner having outwitted, out-cheated, out-budgeted, and most deserving of honourable mention of all, outlasted everyone else.