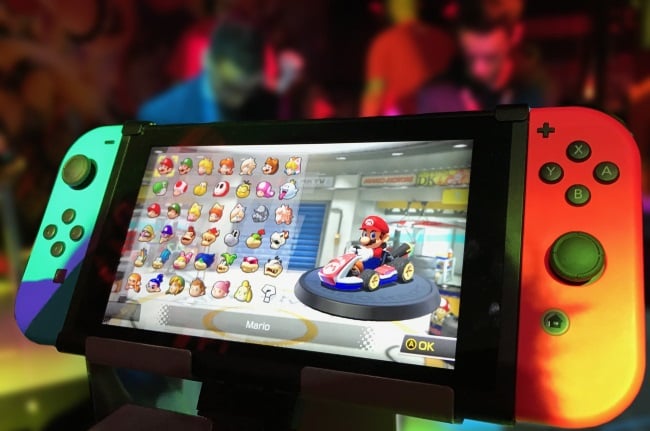 Nintendo has dropped a bomb without dropping a bomb. True to the Japanese gaming giant’s old want of saying something without actually saying anything concrete at all, Nintendo has alluded to the fact that its “working on something” with American denim fashion giant Levi’s. Let’s be honest here, Mario isn’t exactly influencing social media in any given direction with his sense of fashion. He races a kart like a boss, he doubles up as plumber and even doctor, but fashion? Not really his thing. Except for one thing maybe, if indeed fashion it may be called. Mario really does rock his denim dungarees.

The news that Levi’s is teaming up with Nintendo for what is in all likelihood a clothing line collaboration was launched into the ether by the denim brand a couple of days ago. But save for hinting at the inclusion of the Mushroom Kingdom, a tweaked logo here and there and a giant gold coin, the Twitter teaser doesn’t actually contain all that much to go by.

Could It Be Anything Else?

The simplest explanation would obviously be that a Mario-branded pair of denim dungarees may be headed our way and that Levi’s will feature on the manufacturing as well as the additional name-brand end of things. Mario’s particular sense of dress is an approach one could easily imagine Levi’s being a fan of. His is a dress-sense that speaks of a no-nonsense approach to workmanship. And considering the fact that Levi’s has for the longest time punted its denims as attire perfect for work as well as play – and by “work” we mean wearing a thousand-dollar denim to a dirty-but-sexy everyday construction or other hard-labour work site – launching a Mushroom Kingdom-branded Levi’s dungaree line may not be all that unlikely a prediction after all.

Whilst we do realise full well that we could all be completely off the mark here and that a variety of other items; instead of dungarees; may be in the clothing pipeline, we’re going to stick with our original prediction, at least for now.

Now We Wait And See

That any cross-over double-branded item will spike the popularity ratings on both ends of the partnership is pretty much a given. We’re talking Nintendo’s original kingdom meets true no-nonsense American fashion here after all. The only remaining thing now is to figure out where to go once all dressed up in our brand-new pair of Levi’s-branded Mario dungarees.

Or is that Mario-branded Levi’s dungarees?

Get gaming ONLINE. Be a winner with CASINO GAMES today!