Call on the natural power of the 4 seas in Dragon Kings, the brand-new video slots game packed with special features from Betsoft Gaming. An on-point remix of a classic legend, this title imbues Chinese mythology with new life thanks to a fresh, contemporary aesthetic, modern-day music inspired by the Far East, and a flood of Special Features.

Uncover the Riches Below the Surface

From tiered Progressive Jackpots right on through to Free Spins, the keys to the unique features Dragon Kings offers players lie just beyond easy reach, kept under lock and key by the Dragons.

The stories say that the waters swirling around Ancient China, 4 oceans in each direction, were once controlled by the spirits of dragons, and these creatures’ dispositions were responsible for shaping the seas themselves. Travelers would thank these beasts for a smooth crossing, and could call on them for aid when conditions became dangerous. In Dragon Kings, the scaly monsters have been re-imagined as icons that each occupies a reel, and whose powers quickly alter the ebb and flow of the spinning reels’ rewards.

All 4 Dragons are Wild, and each brings a specific power to the table. Limited to the 1st reel, the Azure Dragon locks all the others in place when he lands, and offers players a Free Spin. The 2nd reel sees the White Dragon clone itself once on either the reel to the left or the 1 to the right, and so creates a chain of Wilds. The Red Dragon, confined to the 4th reel, offers instant random prizes, and could potentially make the player’s bet rise by 400x. And the 5th reel has a Black beast that multiples any winning line that he is part of by 3x. 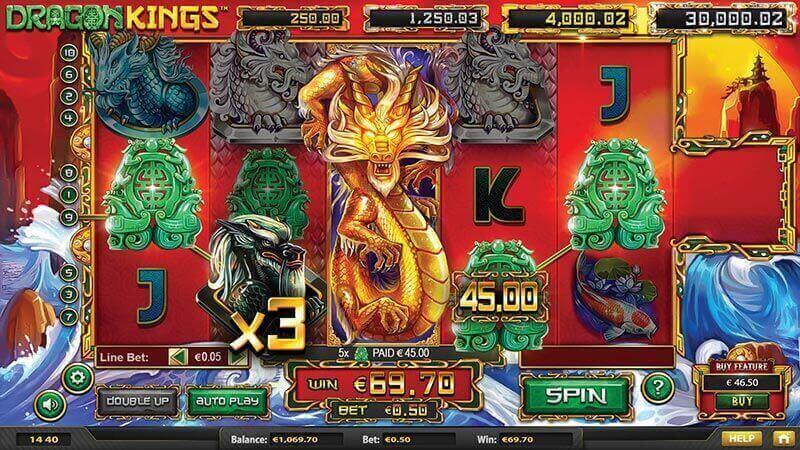 The Most Powerful Dragon of All

Legend also speaks of a 5th Dragon, so mighty that he rules over all the others. The Dragon King shows up in all his glory in the game, as a full-height, golden character that reigns over the centermost reel, doubling payouts from winning lines, and controlling the path to the tiered jackpots.

When the King lands alongside at least 1 of his fellows, their combined power could see a player’s line bet multiplied by an eye-watering 2000x, as well as call the 6th reel of the game into play. A reel with space for just 1 symbol, the Magical Pearl.

Shown as a glowing gem clutched in the King’s claw, this symbol is the final piece of the puzzle the player needs to put into place to access one of the 4 Progressive Jackpots.

This online slot is now available for play at all BetSoft casinos, and can be enjoyed on both desktop and mobile.

Be sure to check the new game launched by Yggdrasil Casinos this month, Penguin City. 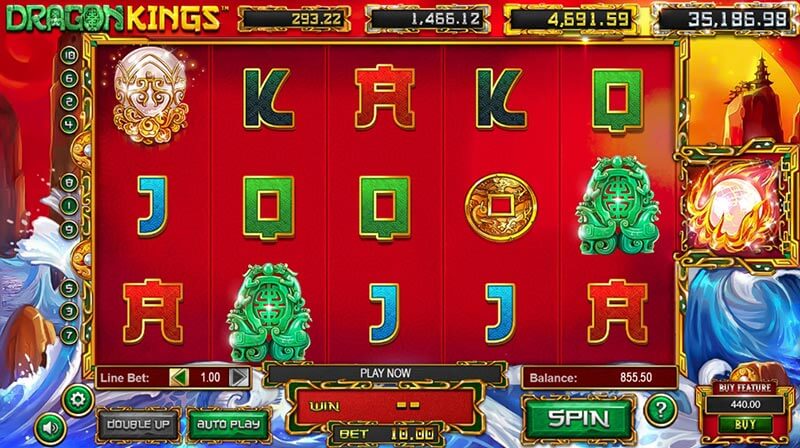 Fun Casino – You never know
when Lady Luck may visit you!