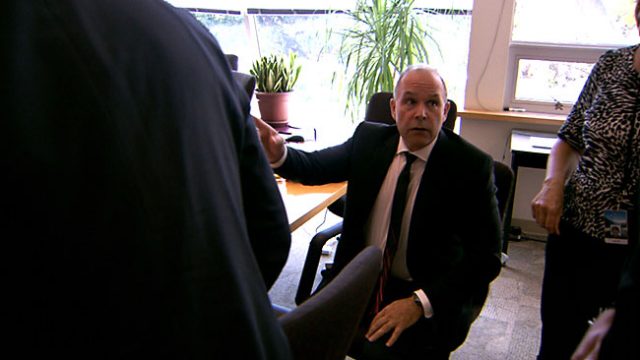 Reporters approached Robert Kroeker for comment but were unsuccessful

Robert Kroeker, the gambling industry veteran who has long been the chair of the Justice Institute of British Columbia’s Board of Governors, has now opted to resign from his current role.

Kroeker has revealed his decision just days after the large regulatory authority Integrity BC probed into whether or not he should occupy a chief position at a company that offers law enforcement courses and is also engaged with the training of sheriffs and corrections officers. This is particularly pertinent considering his links to the Great Canadian Gaming Corporation (GCGC).

The executive has been working as head of compliance at the firm during a time when the government of British Columbia has been investigating an alleged ring of money laundering schemes taking place at the operator’s Charlton-based River Rock Casino.

Exec to Keep his BCLC Position

In a statement on the JIBC’s website, Kroeker noted that the organisation was ‘distracted from its core mandate’ due to an increase in media attention for the school. He added that neither staff members nor other board members should be subjected to ‘regulatory intrusions’, hence his decision to step down from the board with immediate effect.

The executive will, however, be keeping his position as the vice president of the British Columbia Lottery Corporation’s department of corporate security and compliance. Still, Integrity BC has shared that Kroeker’s association with the gambling operator is more concerning than the media attention received by the case.

Conflict of Interest is Possible

IBC’s Dermot Travis noted that Kroeker’s GCGC employment was removed from his bio on the JIBC’s website prior to any media coverage. According to Travis, this act clearly demonstrated how inappropriate the employment was, considering his position at the JIBC. For a while now, his connection with the BCLC and the GCGC has raised questions about conflicts of interest, especially when it comes to the money laundering schemes that have taken place at Great Canadian’s Hard Rock Casino.

Towards the end of August, Kroeker emailed the executives of GCGC to inform them that the BCLC takes compliance very seriously, especially where AML measures, personal privacy, and terrorism funding are concerned. Still, regardless of his cooperation at a time when the investigation of crimes at Hard Rock Casino took place, his occupation at the company was considered inappropriate – especially as he could not be completely impartial as head of Great Canadian’s compliance department.

Hit the jackpot online. Change your life with the BEST casino games!