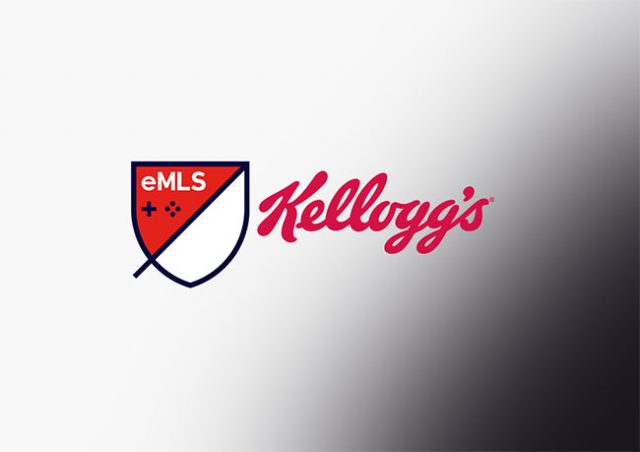 American food manufacturer Kellogg’s is typically associated with sugary breakfast cereals and other wholesome treats. However, the company has taken a surprising foray into the world of eSports of late, and has now inked a three year extension to its partnership with Major League Soccer (MLS).

The extension of the deal has allowed Kellogg’s to become the first ever non-endemic brand to be named an official supporter of the league’s competitive gaming ventures. The agreement, which was reportedly ten months in the making, has also seen the firm become the first MLS sponsor to pledge itself to multiple eMLS tournaments. Other partners have only supported the US eSoccer league on odd occasions.

Along with PlayStation, eMLS’s only other partner, Kellogg’s will also become part of the series’ exclusive digital events that highlight the skills of its official gaming team. The next eMLS meet-up will be taking place in Dallas, TX on February 17, 2019.

Senior Director of Properties at MLS, James Ruth, commented on the extension of the deal by saying that Kellogg’s has been very progressive in their plans of how to access eSports fans. He says that his league and the firm eventually landed on the idea of being a major part of players’ everyday experiences.

The food brand, which replaced Mondelez International as the league’s official snack category sponsor in 2017, will also be using MLS marketing to its advantage. This will span from the use of the league’s stadium advertisements to its presence at MLS’s tentpole events and features in their video content and game replays, according to official documents.

Sweepstakes Contests on the Way

Vice President of Partnership Marketing at MLS and SUM, Adrienne Barber, has further added that activations around the eMLS brand is a fantastic way for sponsoring brands to engage with the eSports league’s next wave of fans, aside from its popular pro soccer matches of course.

To celebrate the renewed partnership deal, sweepstakes competitions will also be added to Kellogg’s packaging. These contests will offer consumers tickets to the 2019 MLS All-Star Game, which will be hosted in Orlando and already has the entire industry abuzz with excitement.

The food and snack brand will also host MLS-based advertisements on its Pringles and Cheez-It packaging, aimed at both English and Spanish target markets. Naturally, these two brands will also continue in their iconic role as the gaming league’s official snacks of choice.