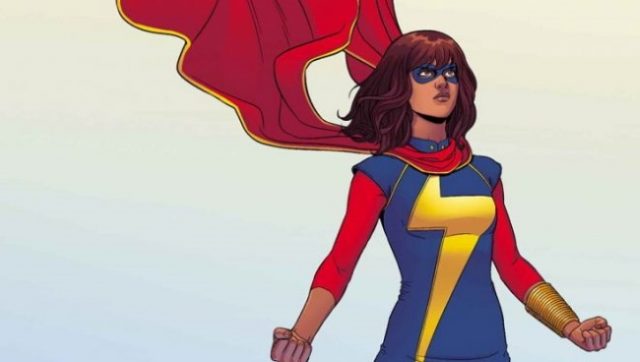 Fans of Kamala Khan, aka Ms. Marvel, had better gather round because the character has been confirmed as being one of the playable characters of the upcoming Square Enix and Crystal Dynamics Marvel’s Avengers Game. The exciting announcement was made at the recent New York Comic Con.

Better still is that even though Kahn will be one of six characters starring in the game, she will eventually come into her own by growing into the role of main protagonist in the overall storyline. The story revolves around some calamity having caused the gang to experience a split of sorts. But all is well thanks to the amicable Ms. Marvel who eventually reunites the gang and restores the peace in the world of the Avengers. This all according to the official movie trailer screened at Comic Con.

Khan achieves this restoring of the peace by uncovering an evil conspiracy plotted against the gang of heroes. She very much comes into her own as a type of intelligent investigator and its thanks to her special insights and fine-tuned intelligence that the order is ultimately fully restored.

Players have been pleading for a special twist of the plot and judging by the official trailer they are about to get exactly that. Ms. Marvel is not only a celebration of diversity in gaming but also an example of how developers are focusing increasingly more on the creation of solid storylines than what used to be the case some years back. This may be put down to the fact that technology has progressed in leaps and bounds. Video games are no longer focused on “just getting by” and creating moving and controllable objects on a screen. There’s a whole new world out there today, and this actually happened long before the time of Epic’s Fortnite.

One also cannot – must not – fail to appreciate the very fact that a Muslim girl has for the very first time ever been included in a hero-style video game. This is the main reason for fans being in a state of constant ecstasy ever since the Comic Con announcement was made.

The entire industry has undergone a remarkable shift and people of all ethnicities and cultures are now being represented in various ways. This is a fairly new development and one that has been received the world over with open arms. The video games industry has officially entered the next century.

Play CASINO GAMES online. Be a WINNER with slots, table games and MORE!