It's Zombie Time for the Halloween Spirit 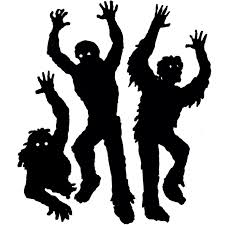 For most gamers, Halloween is the best time of the year. When else do you get to dress up in ridiculous costumes and not only get away with it but earn the admiration of people who are not associated with the world of gaming and gaming conventions? It’s also a great time to revisit some of the all-time best and most exciting zombie-themed games ever made, because if there is ever a time for a zombie apocalypse, you know that it would happen on that most zombie-friendly day of the year.

The classic zombie games generally feature zombies as monsters, and the game usually revolves around a player’s efforts to save his or her city from further infestation. A successful version of these theme appears in the 2005 game called Infected. The city of New York has experienced a major zombie attack, and it’s up to you, the chief of police, to save the city – and you only have three weeks before Christmas to do it.

Games that revolve around zombies and similar types of monsters have to answer one of the vexing questions around the genre – how do you kill a creature that’s already dead? In Infestation, the goal is to keep pounding the brutes until their energy levels go down to zero. But even that’s not enough. It only holds of the hordes of zombies until you manage to locate someone capable of creating a cure. And as it turns out, the main ingredient needed for the cure is your own uninfected blood.

Zombie Games, From Shooters to Mysteries

Another question that game developers have to wrangle with is even simpler – where did these monsters come from? And a valiant effort towards an answer comes from a game called Half-Life, which has itself spawned a number of sequels while gaining a substantial following among hardcore gamers. The original game goes all the way back to 1998 as essentially a single player shooter with a strong back-story. It revolves around the main character, Dr. Gordon Freeman, who is trapped in his underground lab after his experiments with teleportation have gone wrong and unleashed a fictional “resonance cascade” that has allowed monsters from other dimensions to enter our own. It’s a threat to humanity that only he can fix.

The game is played through a first-person perspective, putting you inside the head of the main character and seeing the world the way it would look in his eyes. The scripted scenes keep the narrative alive throughout the action, which not only involves combat with the deadly enemy but also a series of puzzle-like challenges such as finding ways to cross a bridge that can’t be crossed directly. The game was deservedly celebrated upon release and remains a strong game franchise for those who want to battle the semi-dead.

While many weapons are used in the heated battle between good and evil, including all types of guns and lasers, the most famous and icon weapon to come out of Half-Life is the simple crowbar, used to devastating effect. Other experimental weapons were created specifically for the game series. Half-Life 2 was released in 2006 and takes place several years after the epic battles of Half-Life, the original.

Answering the Call of Duty to Fight Zombies

For most gamers, however, questions about how the zombies got there is secondary to the goal of getting rid of them – and winning the game they are playing. Perhaps the most popular – and surprising – appearance of deadly zombies comes from the military-based Call of Duty series. The Black Ops spinoff of the immensely popular franchise is set in the future and includes combat with zombies. The first edition of the series, the fifth in the Call of Duty series, is aptly titled Call of Duty: Black Ops – Zombies.

The series, know of its graphic violence, carries the tradition to the next logical step, though slightly tamed as a result of its format as an app for mobile devices. The premise is simple. Your mission is to shoot up the swarm of zombies that are threatening to take control of the area. By killing zombies, you earn points in the game, which can then to used to acquire even more powerful weapons for battle with bigger threats.

All zombie-themed games have several elements in common. They all present the undead creatures as an imminent threat rather than a chronic problem. As such, the presence of the zombies creates an immediacy to the action. All of them are the perfect complement to the Halloween spirit, which is big on monsters of all kinds. These games help you take the spirit of the day to a new level.