HTC Vive Cosmos Does One Up On Oculus Rift S 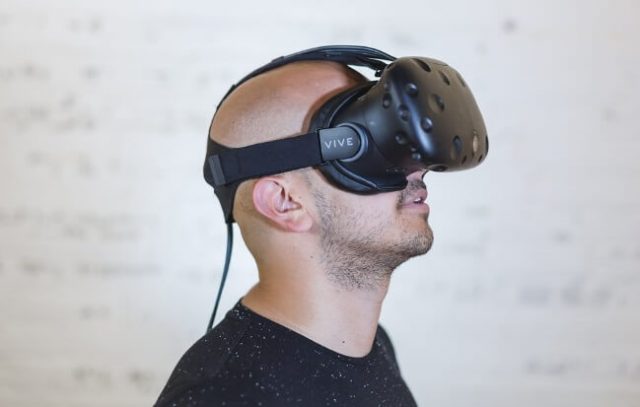 HTC is all in on the virtual reality hardcore gear game. It recently announced that it no longer plans on playing second fiddle for market leader Oculus Rift and plan on giving its competitor a run for its money with its newest HTC Vive Cosmos release. The only problem appears to be one of price at the Vive Cosmos, which was this year officially launched at CES, comes in at double the price of the Oculus Rift S.

Even so, it’s worth a thought and a prayer as HTC’s headgear definitely has a couple of one-ups on the Rift S. It more or less stacks up and in some areas even out-perform the latest headgear to have come from the loins of Oculus. But then again, we’re talking squarely on paper. The theory is often a lot more impressive that the actual end-result, which will hopefully not pan out to be the case in this particular instance.

Read More… Everything You Need To Know About Apple Arcade

What immediately comes strongly to the fore is the fact that HTC’s 4th Vive release is much more geared towards being gamer-orientated than what was the case with previous releases Vive, Vive Focus and Vive Pro. Also, it does a great deal more for confidence on the gamer-lifestyle front than what is on offer in camp Oculus Rift S.

Both headsets however still require a PC connection in order to fire up and get going, which is something that really does tend to dampen the excitement of it all. Also, the required connection is that of the hardwired variety. Welcome back to the tangled cables distress of the dark ages. But pet irritations aside, neither manufacturer have any claim to the up-yours wireless outsmart at this stage in the mine-is-better-than-yours race.

Rewarded For Your Loyalty

A definite perk and baker of the brownie points for team HTC is the fact that those who are hyped enough in their show of confidence in the new Cosmos to pay up and pre-order a headset prior to the October release date, will be rewarded for their blind loyalty by gaining free access to Viveport Infinity for all of 12 months.

This is good value for (albeit double) money. The subscription means fee access to 600+ titles, a joy that generally has the receiver at least $12.99 out of pocket. And that’s per month. Whether it will turn out to be a bit like accepting to part with niggly ongoing monthly credit card charges in return for the immediate satisfaction of a special promo-prize that can’t be traded for squat remains to be seen.

For now though, Bird is no longer the word. Enter Cosmos.

Ready to play and WIN? Enjoy casino games online and on mobile TODAY!