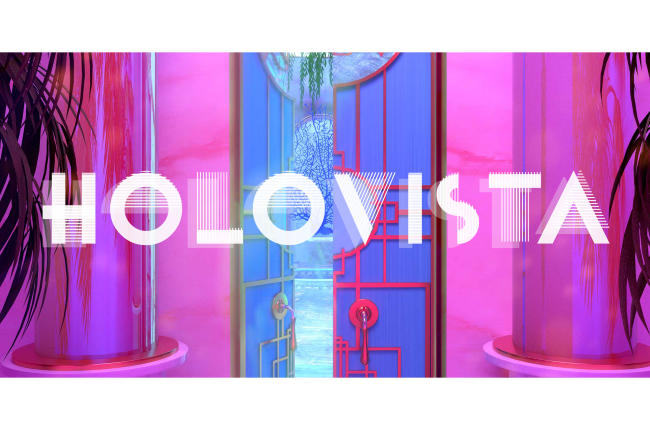 To say that HoloVista, a new game from relatively new storytelling studio Aconite coming to iOS later this year, is based on a concept not all that different to Pokémon Go, explains but a very miniscule part of what the experimental mixed reality game is all about. In fact, the fact that both games rely on augmented reality technology and mixed media is just about where the comparison ends. HoloVista is in fact a rather cunning zooming in on what we spend the biggest part of our day doing – taking in the world through the lenses of our mobile phones.

Instead of being stuck doing our thing in our apartments and bedrooms, we’ll soon be able to enter into a cute but trendy New York bedroom instead; complete with hip and modern furniture, a fire escape; the works. We’ll get to not only wear the chick-hip fashion in the digital wardrobe to a fancy-shmancy architect job interview, but also to post details of the outfit to fictitious siblings on fictitious social media accounts. And get a reply too.

Almost as if we were actually living in that room and living that New York City life. And in a way, we will be.

To emphasise yet again: this isn’t Pokémon Go. A definite clue is the team of creative luminaries behind HoloVista. Led by Nadya Lev and Star St. Germain, established and celebrated photographer and accomplished art director with a background in theatre design respectively, the development team is made up of what would be considered A-list celebrities if this were Hollywood. Lev and St. Germain are joined on the team by the likes of gaming vets Scott Jon Siegel and Jay Treat, narrative visual storyteller Whitney “Strix” Beltran, composer Mariode, and lead-artist Blake Kathryn.

The result, and certainly also the simple beauty of it all, is a whole new world just waiting to be explored. On our iPhones.

But if Holovista had to be summed up in a single simplified description, then that description would have to be that it’s a social media simulator. The goal is to find and photograph specific items in a variety of different environments. Those things or items are then shared on in-game social media accounts, and so what we do most of the time in real life, which is to consume the world through our mobile phones, basically forms the core of the game and of its mechanic. It’s a bit like watching a television family on TV, watching a family watching a television family on TV. Or in other words, it’s a game that will allow us to explore our very relationship with technology.

And the core beauty of it all, says co-creator Lev, is that it’s a f-ckery of the mind. Imagine seeing a bed in front of you on your screen and having to double-check your own grasp on reality because there’s a real bed in front of you in your (real) room too. A whole lot of peeping around the screens of our phones is to be expected. And if HoloVista only gets us as far as looking at life from a different angle, then it will have been a case of mission accomplished.