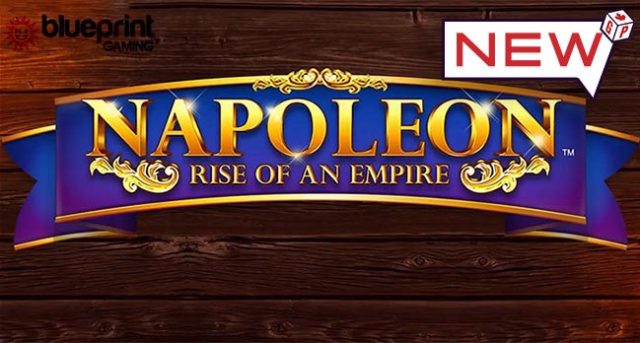 Market-leading UK based iGaming software supplier Blueprint Gaming has just released yet another thrilling slots title for its players in Canada and beyond. Inspired by the iconic Emperor of France, Napoleon: Rise of an Empire is the developer’s latest title that packs in plenty of historic action and big wins as well.

The brand new game allows punters to join Napoleon himself as he leads his army of soldiers around the world, conquering lands and becoming the great nation that is still present today. Based in the 19th century, the title sees the newly appointed emperor on a quest for war as he and his troops dig up fantastic prizes at various remarkable landmarks.

Have good odds against the house.
Place your bets at Yako!

The action here takes place across 5 reels and 20 pay lines, and the latest Blueprint slot also boasts high volatility for those who love to spin in unexpectedly big jackpots. In the game, the landing of the French ruler on any base game spin will also trigger a slew of bonus wilds, special bonus symbols and other exciting extras to add extra winning potential to the mix.

As well as this feature, players can also enjoy a dedicated free spins round by landing at least three scatter symbols anywhere on the reels. Should this happen, punters will be rewarded with an initial 10 free games upon entry, while there are also many chances to claim multipliers and other bonus enhancements for a bankroll worthy of an emperor!

Napoleon: Rise of an Empire has also faithfully brought the story of the great ruler to life thanks to exceptional graphics and animations. These include massive cannons blasting at the opposition’s army, horses and soldiers galloping across the screen, and an engaging soundtrack to bring the whole riveting scene to a new level of authenticity.

Now Live for Desktop and Mobile

Director of Marketing and Relationships at Blueprint Gaming Jo Purvis has noted that players must now choose whether or not they have the courage to join the developer and the French empire as they head straight into the battle of a lifetime.

According to Purvis, the high volatility online slot boasts a lucrative free spins round and plenty of other bonuses that will appeal to players from all walks of life. She further added that with HD graphics and a gripping soundtrack, the new release will have troops of players on the edge of their seats as they play to win royal prizes at Canada’s best gaming sites. 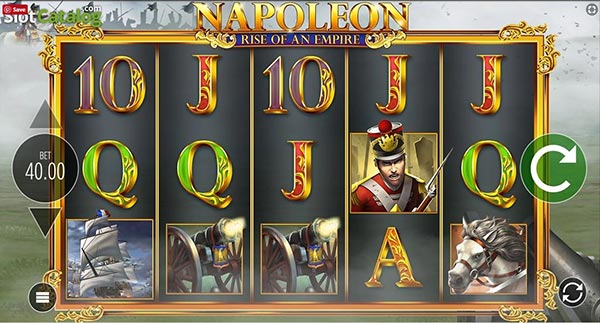