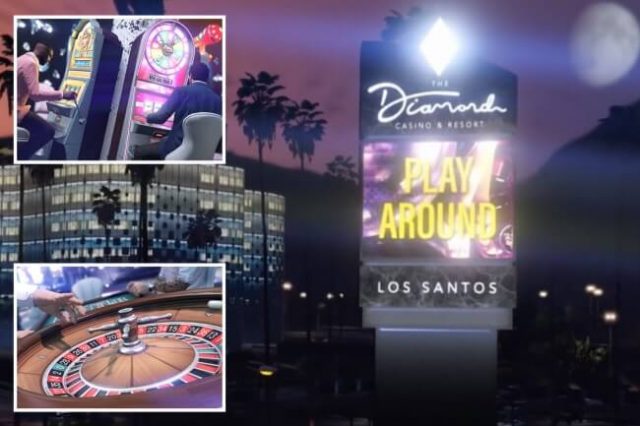 Rockstar’s Grand Theft Auto is a hot-commodity video game. In fact, GTA V, its current release, is the third best selling video game of all time, beat to it by only Minecraft and Tetris. The current version of the game hit the $1 billion sales mark within the first three days of its official release back in September 2013, and so its safe to assume that any movement in camp GTA if followed quite closely indeed, including the fact that Rockstar has just launched its previously announced in-game Diamond Casino & Resort.

There are all sorts of ways in which to interact with the in-game casino in GTA V. Not only can players play slots, Roulette, Poker and Blackjack, but bets may also be wagered on virtual horse races. Any winnings accumulated at the casino are made available as in-game currency., which may then be used to purchase in-game virtual assets such as clothing, weapons and of course vehicles. Players can also take a shot at owning the GTA casino.

It remains to be seen what regulators are going to make of everything. GTA may be a game marketed specifically for adult players, having always had an age restriction of 18 firmly in place, but the treat of controversy remains firmly locked into place, being about much more than just the actual “rules” and specifics.

Back Again To Loot Boxes

Regulators all over the world are concerned about the effects of virtual currencies and loot boxes on developing minds. The argument has always been one of the very “concepts” of what a game is, being automatically associated with a category of players that includes children. The fact that the loot box controversy will in all likelihood rage on for quite some time yet as countries struggle to make up their minds about whether loot boxes constitute gambling or not, won’t be doing GTA V any favours.

On the up-side, the UK Gambling Commission (UKGC) did recently rule that it doesn’t consider FIFA loot boxes to the same as gambling because players have no way of converting in-game currency into real money.

Hopefully the same hand of leniency will be extended towards GTA V.