Giant Game Boy Does Its Bit For Children 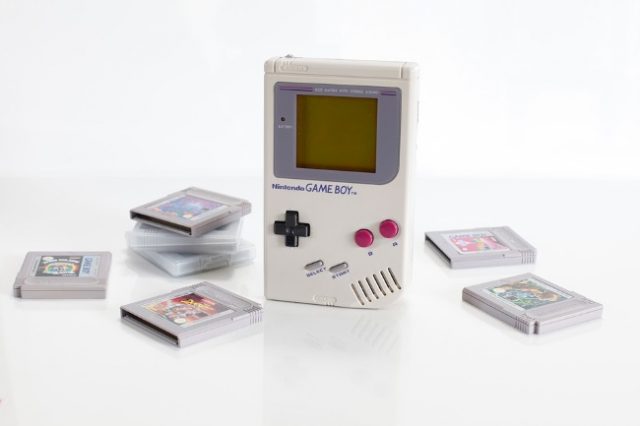 Calgary gamers Andrew Smith and Curtis Braham have a lot more going for them than hitting up high scores. The pair wanted to do something that would attract more donations for a charitable cause and given their particular field of interest, whilst knowing what it is that makes their own minds to wander all the way back to their childhood years, creating a life-sized Game Boy seemed the next logical step. And so that’s exactly what Andrew and Curtis did.

What started out as an idea soon turned into a full-on labour of love. The pair spent nine months working nights and weekend’s in Smith’s garage and what they eventually had to show for their sacrificed free time was a 4 ½ – foot tall Game Boy, a little over 9 times the size of Nintendo’s original 1989 release, and very much a duplicate of the iconic original device.

An All Authentic Game Boy

In this case duplicate actually means duplicate. Not only did they have the colours professionally matched so as to not deviate from the original colour scheme, but they also ensured that the ratio was completely on the mark. The ratio of the buttons in relation to the D-pad and speakers was a key focus point, explained Smith, and it was imperative that this be exactly matched with that of the original concept.

All of the buttons on the front of the Game Boy are physically mapped to arcade specifications, and its this attention to detail that makes the entire thing work. The pair made use of a Raspberry Pi computer for the Game Boy’s inner workings (yes, it actually not only looks the part, but works the part too), because of the cost factor, what with Raspberry Pi systems being reasonably cheap. Interesting too is that the display screen is a perfect old-time-green-screen match to the original handheld.

The buttons on the front-side of the Game Boy connect to a microcontroller, which in turn leads to the Raspberry Pi computer. There’s also a microphone connected to a standard car amplifier (for sound) and the entire set-up is eventually connected to a TV display screen via HDMI cabling. And yes, the iconic on/off switch is there too, powered by standard household power.

Did all of the hard work pay off? That’s a definite “yes” according to Braham. The end-result positively outdid all expectations. Not forgetting also the original purpose behind the labour of love, which was to raise money for charity. And that it very much did. During the course of a gaming marathon for charity hosted over the course of a single weekend, the Game Boy pair managed to raise a super cool $14,000 for the benefit of Alberta’s Children’s Hospital in Calgary.