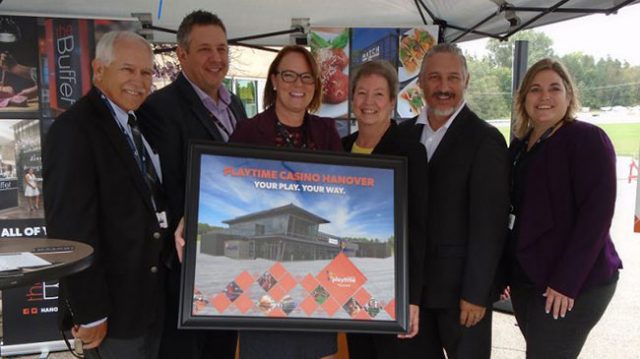 Gateway Casinos and Entertainment Limited, Canada’s largest private gambling operator, has recently revealed that it will be pumping $14 million into the renovation of its casino in the small Ontario town of Hanover. Apparently, the property will also be rebranded this coming December as the Playtime Casino Hanover, according to its operator’s press statement.

The Vancouver-based operator is responsible for 27 gaming properties across Alberta, British Columbia and Ontario. In a press release last Thursday, the firm declared that its plans for the Hanover facility will create as many as 70 new jobs in the Grey County Community, coming as a hefty boon for its 7,650 residents.

The operator was recently awarded 20-year operational licenses for its casinos in Woodstock, Clinton, Dresden and Hanover in late 2016 as part of the Ontario Lottery and Gaming Corporation’s so-called ‘southwest gaming bundle’. It has since begun a project worth over $20 million which will see Sarnia’s Gateway Casinos Point Edward transformed into the new Starlight Casino Point Edward.

Furthermore, the Canadian operator has also promised to spend $27 million or more in a bid to construct the province’s new Cascades Casino Chatham. The OLG has sanctioned the move as part of its attempts to attract more tourists to the region – particularly wealthy VIP players who could pump millions into local coffers.

More About the Hanover Property

In the meantime, Gateway has revealed that the Hanover property renovation will involve the venue’s breadth being expanded to cover 32,672 square feet, as well as a 3,283 square foot mezzanine level dedicated to entertainment, dining and glamorous bars.

The company also explained that the area mentioned above will be filled with its trademark Match Eatery and Public House and The Buffet dining brands, alongside a new and improved gambling floor containing 300 slot machines and 8 gaming tables.

General Manager for the soon-to-be-renamed Hanover casino Linda McColl has described the upcoming revamp as the start of a ‘whole new gaming and entertainment experience’ for both Canadian locals and tourists with a penchant for gambling.

She thanked the operator that runs the nearby Hanover Raceway, Hanover Bentinck and Brant Agricultural Society, for making the space available to them. Last but not least was a nod to Hanover’s Mayor Sue Paterson and local Chief Administration Officer Brian Tocheri for allowing the project to move ahead at such a rapid pace.