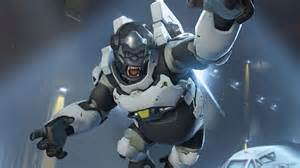 With the breathtaking advances in technology, it’s not surprising that each wave of video games comes with features that never appeared before and set a new standard that the industry quickly moves to cover. But somewhere along the line, progress may hit a point where moving forward is no longer an improvement. It could be that the best point on the spectrum is one that’s closer to the center, and not at the far extreme. One game that makes a strong case for that is Overwatch, a dazzling first-person shooter that pits two six-player teams against one another. It may not be the newest thing on the market in terms of playability but it sure does pack a punch that hits all the best spots in the soul of the shoot ’em up gamer.

The game starts with two teams and a few hero characters that have individual powers which, if the players use them in the best ways, could make a huge difference to the team’s success. However, every hero has strengths as well as weaknesses. One hero might have great strength but poor speed. Another might be super-quick but sustain great damage if he’s actually hit. These characters, and the benefits and challenges they bring are the highlights of Overmatch. They also demonstrate the subtle but pervasive strategy element in the game. It’s not about overpowering teams. it’s about using the resources available and working together to cover all the weaknesses.

Factoring in the Cool Down Process

Each of the heroes has a main skill that can be used at any time. However, since the skill takes so much energy out of the character, there is a need for a cool down time to re-energize before the skill could be used again. The time needed depends on various factors, and a meter is shown on the screen to show how much strength was lost and how quickly it’s coming back. The important lesson is that the biggest and most devastating moves have to be saved for the most effective moments, otherwise, they will not be available when they are truly needed. Again, Overwatch adds to the strategic dimension of the game simply by limiting the greatest powers.

Players are also in search of experience points throughout game play. These points help make their characters move effective. They can choose from four different types of specializations. There are characters that specialize in offense, defense, tank, and support. The tank specialists are able to absorb the greatest number of hits. making them extremely useful as cover for the team so that other characters, particularly those specializing in offense, can have a clearer path to their targets. Support specialists are the jacks of all trades, but experts in none. They are often the most useful characters when the team’s strategy is clear.

Shooting Games in Line with the Classics

Although it’s true that some games have gone further than Overwatch is areas such as graphics and story, the truth is that Overwatch is extremely strong in all of those areas. No one will play the game and feel like it’s lacking in any area. Shooters are also among the most common types of games. They clearly touch a visceral element in the soul that yearns to do massive damage to a worthy opponent.

In that way, shooters are like casino games. With casino classics like slots or roulette, there is no way to influence the action. All of the fun comes from the risk of betting real money and potentially hitting a big win. Shooters have no basis in luck, but they tap a similar thrill related to risk. Shooting games also feature enemies shooting back, and playing out the risk of death, in the context of the game, is strongly related to the thrill of winning and losing money at slots.

In the end, Overwatch offers an exhilarating playing experience that is particularly satisfying because of the team element of the game. Playing with other live players against a team of live players isn’t the most original idea in the entire spectrum of video games. But it may be one of the best ideas of all, an idea that does not need to be enhanced at this point. With games like Overwatch, there is so much left to do with the idea just as it is.