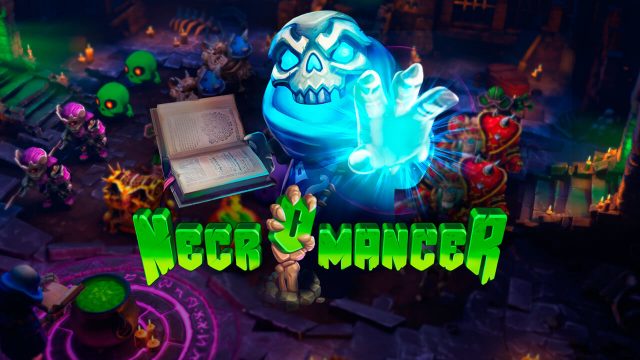 What does a cunning sorcerer; ghoulish spirits and sacrifices have to do with gambling? Everything, if you are playing the Necromancer, the pioneering Virtual Reality slot launched by Evoplay Entertainment.

The long and short of it is that Canadian players will never have seen anything like this before. The traditional set-up of reels with symbols set against a background image is not there. Instead, players find themselves looking down on a strange gathering presided over by a wizard with a horde of skeletons, ghosts, and other denizens of the otherworld – and that’s just the beginning. From there, it’s mesmerizing 3D gaming action that is sure to get other providers scrambling to see if they can outdo the one they call the Necromancer.

A Game With Wide Compatibility

Wildly expensive gear is not required for playing, but it certainly would not detract from the experience, either. Thankfully, the game is compatible with computers and with Android and iOS mobile devices.

Those can be paired with VR headsets and other equipment, which puts the game’s unique entertainment in reach of many more players. Players who decide on this option can toggle the view perspective of the playing area by 360 degrees.

Still a Slot Machine at Heart

The Necromancer may look nothing like the average online slot, but the action itself it pure video slots, through-and-through. Symbols still combine to form winning combinations or activate special features.

It is not obvious at first, but a closer look at the wizard’s monsters reveals they are standing in a 5×4 reel structure. What will not be seen in the playing area are the 40 paylines that criss-cross the stone floor on which the infernal army has gathered.

Among the strange creatures is a Jack-o-lantern that can substitute for all the others, with the exception of an ornate wooden chest, which is a Free Spins-triggering Scatter. During the round, the Necromancer will sacrifice a symbol to clone it, so more take their place on the playing field.

The wizard will also spring into action every time a win lands during the base game. Instead of choosing a random symbol, however, he will target the one that combined to form the win, sacrifice it, and clone it.

The provider is deservedly proud of the first VR online slot. It has set the bar, and will be a tough act for other software developers to follow. They will try, and if this is anything to go by, the results should be interesting to say the least.

Are you ready to experience BIG WINS? Play with Jackpot City now!