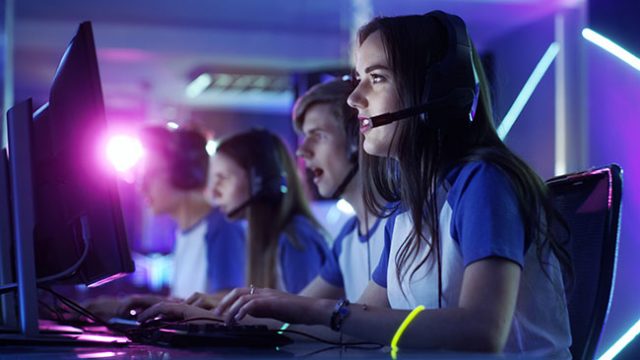 eSports are definitely here to stay. The competitive gaming industry has boomed over the past ten years, and its reach has exploded to reach a much larger scope than even industry analysts ever could have imagined.

Although organized contests have long been a part of the so-called ‘video game culture’, they largely took place among amateur players until the late 2000s. It was then when a wave of professional gamers and eager spectators created an entirely new industry by live streaming competitive events on popular platforms like Twitch.

By the 2010s, eSports tournaments were a major part of the video gaming industry, and this trend has only grown in recent years. In fact, many developers are actually moving towards targeting a pro electronic sports subculture, adding features into their titles that appeal to the industry as a whole and make it easier to use them for tourney purposes.

The Birth of a Global Empire

Across Europe, Asia and North America, the novelty and thrill of competitive gaming has caught on rapidly among spectators too. Moreover, attitudes towards the activity have also begun to change drastically, with more and more people seeing the industry as one to be taken seriously.

Of course, it’s thought that eSports actually started in the late 1990s during E3 tournament-style competitions. Regardless, over the next decade or two, TV and the activity continued to grow side by side, eventually catching on in South Korea where two smash hit 24-hour eSports TV channels were established.

Twitch, the world’s largest streaming site, was also there at the time, eager to get its slice of the proverbial pie. In fact, when Justin.tv launched the platform in 2011, everything changed rapidly, propelling Twitch to its status as the most popular streaming platform on the planet. Electronic sports viewership exploded in response.

Canada Has a “Ton of Potential”

The numbers speak for themselves, too. The LoL World Championship went from having 1.7 million viewers in 2011 to having 8.2 million in 2012, and then 32 million in 2013. By 2018, this number had reached almost 100 million. In Canada specifically, growth has also been astounding, kicking off when the Air Canada Center hosted a special eSports even for 30,000 people across two days back in 2016.

Twitch Affiliate Fabio Giorno, who plays for the Ontario eSports League, is also confident that the sport’s future is bright, and that Canada has a “ton of potential” in the field. He believes that shifting attitudes have helped the industry tremendously as even high schools and colleges start to form their own pro teams.

Canada holds the 7th highest position in tournament winnings in the world, only falling behind nations like the US, China, South Korea and Sweden. This clearly shows the potential of the nation’s highly skilled players, and the ceiling has certainly yet to be found, either. One way or another, eSports will undoubtedly have a huge role to play in the future of entertainment.

Love betting on sport?
Why not give eSports betting a try NOW?