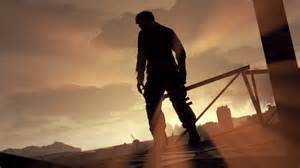 There is no doubt that Zombies have achieved an important place in the minds of the general public. We can see it in the popularity of television shows like the Walking Dead, and the abundance of movies with the theme of Zombie apocalypse. So it’s not surprising that Zombies would be amply represented in the world of video games as well, and one of the most satisfying ways to experience the apocalypse itself is though the Dying Light series of games.

Dying Light, and especially the latest incarnation, known as The Following, is an open world game that pits your character against the forces of the undead in the form of zombies. Much of the game is spent in combat with one zombie or another using an assortment of weapons, some of which you find and others which you fashion on your own using the resources provided. Getting through the levels, however, requires more than skill with sticks or daggers. It also requires guile to escape against the odds and live to fight another day.

You are the main character of the story, Kyle Crane, a scientist sent to a remote and dangerous area that has been rumored to be infested with various forms of zombies. He meets other who are involved in a top secret project, some of whom believe they have evidence that could prove disastrous for the agency that’s running the mission. You, as Kyle Crane, have to decide if you plan to help the scientist or work with the survivors.

FIghting off the Enemy or Scavenging for Weapons

Since the zombie offensive is relentless, you will find that you move from one confrontation to another. And since your weapons degrade over time or simply break from overuse, you are always hunting for new ones during the periods between battles. Luckily, the game developers have left a lot of space to be creative with weapon design. There are hundreds, or even thousands, or possible elements to create effective weapons.

The highlight, of course, is the behavior of the zombies themselves. As undead, they can’t be killed as a human character would be killed. The break up in pieces that take on a life of their own. The unpredictable nature of the zombies keeps you on your toes and keeps the challenge level high throughout the game. You also use maps to move through carefully marked safe houses, and ride your buggy through the vast terrain, which is, as it usually is with well designed games, strongly visual.

Along the way, you are forced to make numerous snap decisions, such as when to expend resource and even personal energy. The latest version of the game, The Following offers chances to gain wealth by completing special missions. And since you need all of the resources you can get as you climb to the higher levels, taking some time to carry out a few missions could be worthwhile in the long run. At the very least, it extends the game in a fun direction.

Another highlight of the game is the buggy, which never gets damaged no matter how much you abuse it to ram zombies, or even ride though the roughest terrain or even through buildings if it could fit. You can even call for it to come to you in some situations and it ambles to your direction. But as you use it, you also face the prospect of attack because the buggy is not an enclosed vehicle, leaving you exposed to some degree of danger.

Of course, you’re also exposed when you’re traveling on foot, but that’s the best way to experience the detail of the open world you’ve entered. The land really looks like some calamity has hit, though it also shows resilience in face of the deep challenges you’re facing. And if the world can survive the zombie apocalypse, the least you can do is lend a hand to the battle.

Dying Light offers an engaging playing experience that is surprisingly more attuned to complexity than it appears. The design is very intelligent and the creators seem to have thought through elements that are encountered late in the game. As a fighting game, it has the added element of forging your own weapons, which is a nice touch because it gives every player the chance to imagine the ideal weapon, and even to test it out in real combat.

No wonder zombie games have continued to get better and better. When you’re fighting the undead, you have to keep using all your wits and creativity.