3 Top Gadgets Of The Past Decade 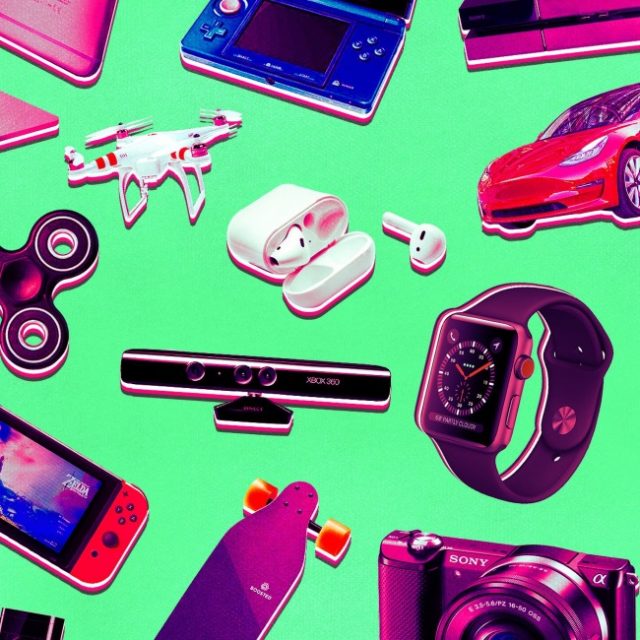 We’re most of us in what can only be described as a dysfunctional, if occupational, relationship with our gadgets. We complain about having to “hold the line” or spend a few extra minutes hanging around waiting for an Uber to arrive and yet, we have no hang-ups with getting in line at 4am on a weekday morning because the latest gadget has just hit our local store. Oh and heaven forbid it should be out of stock by the time we eventually get to the front of the queue. There’s nothing that gets our digital pulses racing quite like those 3 ghastly words; Out of Stock.

Whatever our reasons for a constant desire to hack life to the maximum capacity of what our bank accounts allow, these are just some of the gadgets that won our hearts and occupied our minds over the course of the past decade or so.

These are the gadgets that made us.

This was the phone that would eventually go on to change the entire trajectory of phone-design. Since its launch back in 2010; not without a befitting haze of controversy surrounding its release, for good measure; Apple’s iPhone 4 has been the blueprint for every smart phone released since. Not only did the iPhone 4 come kitted out with the first ever selfie-camera, but it was also the first piece of cellular tech to have incorporated the glass-and-metal sandwich design. It also happened to be the year and the phone that gave us the first ever reference to what we now know as iOS.

If Amazon’s Alexa spoke to anyone, it was to sci-fi fans. But up until 2014, the closest we came to machines responding intelligently by way of a two-way conversation was the voice of the Starship Enterprise. And then of course Amazon launched its Echo smart speaker.

Not only is Alexa a well-versed in the art of predicting the weather and telling bedtime stories to kids, but she’s also handy at turning on the lights, suggesting what to make for dinner based on what’s in the fridge and arming the alarm at home at a pre-specified time. Which if you really think about it, makes Alexa the perfect companion.

2016 was the year the headphone jack and laborious Bluetooth pairing died a collective death. And all thanks to the release of a product that could for the longest time not be bought even though it was “for sale”. Demand outdid supply by a landslide and today; all that’s needed to charge ‘em up is popping them back in the little holder-box in which they arrive.

Indulge in cutting edge CASINO games on the go! Play at a MOBILE casino NOW.