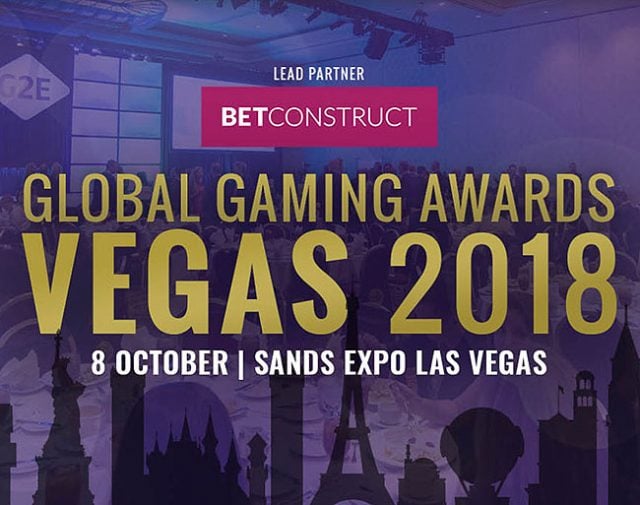 It’s the day the industry has been waiting for! The 2018 Global Gaming Awards Las Vegas takes place on the 8 October, at the Sands Expo Convention Center’s Venetian Ballroom at 12.15pm.

This will be the 5th annual event, and it looks set to be as exciting as ever. The awards honor the companies that have made the greatest contributions to the industry over the past 12 months.

The awards’ profile has continued to rise in the gaming world, and this is nowhere better demonstrated than the event itself. This year’s is expected to attract more than 700 industry stakeholders.

An award ceremony of this scale could not take place without sponsors, and this year has seen support from some of the biggest names in the industry. House Advantage, eTouchMenu, and Play’n GO have been named as the presentation sponsors, BetConstruct is in the role of lead partner, and Konami Gaming Inc. is sponsoring content.

A panel of 60 judges decided on the winners of the 2017 Global Gaming Awards Las Vegas.

Wynn Resorts was named Land-Based Operator of the Year, while Bet365 took the title of Digital Operator equivalent. MGM Resorts’ My Life Rewards was named Customer Loyalty Program of the Year, and Evolution Gaming’s Dream Catcher was decided on as the top Digital Product. 2017 also saw the introduction of an award for the European Executive of the Year, which went to Mor Weizer.

Are YOU a winner? Play casino games online and find out!