China Closes In On Illegal Gambling By Using Drones 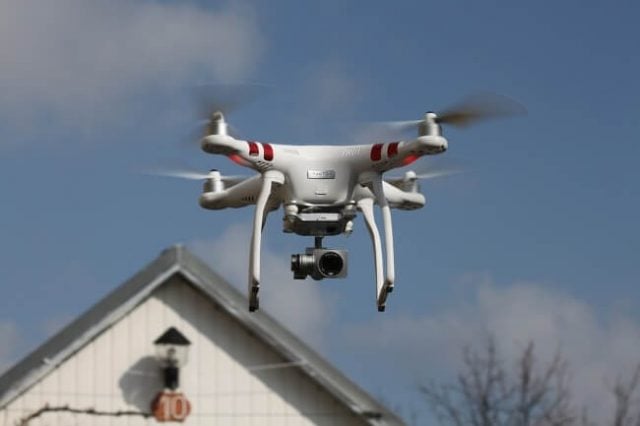 Asian countries are continuously coming up with new ways to implement advanced high-tech equipment in order to fight crime and combat black-market trade. It wasn’t too long ago that we ran a story on Japan’s plans to install facial recognition technology at all pachinko parlours and horse racing tracks. The plan, according to Japanese officials, was to suss out self-excluded gamblers and prevent them from gaining further access to betting venues and parlours.

Much of the same is happening in China, only this time round, the focus is on drones. Police in China say that they are achieving unprecedented levels of success with the tracking down of illegal casino and betting operations thanks to air-borne drone technology. Gambling is 100% illegal in China; no exceptions; hence the millions of Chinese tourists flocking to Macau, Malta and even our own British Columbia each year.

Beware The Eye In The Sky

Government is intent on eradicating all forms of gambling from the Chinese mainland. Gambling dens, online gaming operations, illegal betting parlours, even small-time street bets being placed for fun and favours; it’s all illegal and punishable by up to 10 years imprisonment; even for having casually participated. Operators face even harsher punishments.

Drones are providing much relief in the way of fast-tracking the purging process. Not only are drones able to inconspicuously go where men and women can’t, but technology has evolved to such an extent that even basic drones now come equipped with high-resolution cameras. Drones don’t only pin-point crime hot-spots but they are now also able to snap away at those who dare to defy Chinese law and store the visual evidence for later use.

Chinese illegal operators have become wise to police tactics and have taken to constantly moving base in order to try and confuse raid-operations. But thanks to specialist aerial drones, police are now shutting down clandestine operations all over the country; even in far-off and remote regions.

One such raid proved to be particularly successful and police managed to bust a giant operation run in the wilderness near the eastern province of Anhui. Police had managed to monitor the region and some of its illegal gambling rings for quite some time before deciding to strike. During a raid of one of the rings, 35 people were apprehended and questioned. Of the 35 people, 13 tried to flee the scene. But the drones proved their money’s worth once more and police were able to track down and arrest the individuals before they were able to escape and disappear.

One man allegedly told police that due to his having lost millions as a result of his gambling habits, he has had to sell his home to cover his debts. The owner of the illegal operation where the man had reportedly lost his entire life’s savings as well as his house was arrested by police and will now have much to answer for.

Even occasional offenders opting in on what they consider to be a spot of harmless gambling fun can be incarcerated for up to three years when caught and found guilty.

Play at licensed and legal casinos online. Canada’s BEST casinos are waiting for YOU!